Iwi leaders have raised concerns about the risks of using Māori words in legislation without proper context. 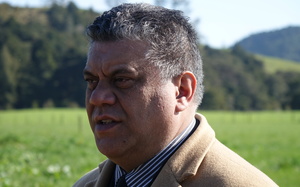 MPs have been hearing submissions about the sweeping changes to Child Youth and Family as it becomes the Ministry for Vulnerable Children, Oranga Tamariki.

Waikato Tainui chairman Rahui Papa said it has been good to see the Minister of Social Development consulting with iwi leaders, but they still were apprehensive about some aspects of the bill.

Mr Papa told MPs at the select committee considering the legislation that Māori words needed to be clearly defined to avoid confusion.

"So you can say mana tamaiti in a bill but if you don't have the context, then actually, it's just a flash Māori word that's put into a bill."

"We want clarity around what they actually mean when they helicopter those kupu into the legislation."

He gave an example as to how definitions could differ.

"People think that a whānau is the nucleus of you, your partner, your husband and your kids, and that's the end of it... well, that may be the whānau nucleus of some people, but it isn't for Māori.

"Whānau [for Māori] is more than just a family that sits around a table and has a feed every now and again."

Both leaders said they were also worried the bill would remove the requirement to place children with a member of their family or wider hapū as a priority.

They said they had been heartened to hear the minister would go back to the drawing board to reword that part of the legislation.