Labour's Māori MPs are not exactly rushing to back up the claim by the party's leader Andrew Little that they've asked for low list spots so they can fight it out in the Māori seats. 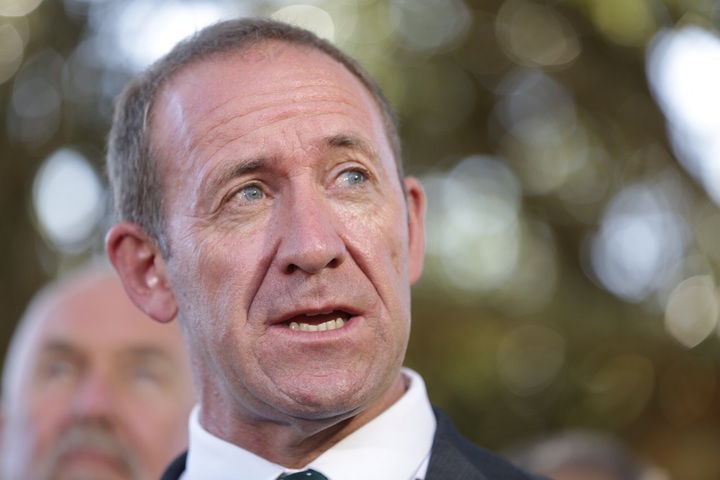 The battle for the Māori seats is hotting up, with the deal between Mana and the Māori Party not to stand against each other, putting more pressure on the Labour candidates.

During an interview on Morning Report responding to that deal, Mr Little said his Māori MPs were definitely not seeking the protection of a high list ranking.

"They are fearful of a high list place because they don't want to give the impression that they are kind of being held up by belts and braces."

When asked if they were advocating for a low list place, Mr Little said yes.

"The list committee would do its work and will hear from everybody but the Māori MPs are saying to me right now do not give us high list places, we want to fight this out and stand on our own digs in our seats because we know we're going to win and we're confident about our success."

The MP for Hauraki-Waikato, Nanaia Mahuta, and Kelvin Davis, MP for Te Tai Tokerau - who will be going up against the Mana leader, Hone Harawira, at the election - would not say whether they had sought a low list spot, saying that was a matter for the party.

For this election there is a clear expectation under party rules all MPs would be on the list, unless there are exceptional circumstances.

The MP for Tai Hauauru, Adrian Rurawhe, said while he would always prefer to be an electorate MP, he had not requested a low list ranking.

"I haven't asked anything," he said. "It is a distraction, I didn't go on the list last time but the party will decide if they are going to allow us to remain on the list or not."

The MP for Tāmaki Makaurau, Peeni Henare, also said he had made no requests about list placements.

"I haven't talked anything about the list other than getting the nomination sorted for Tāmaki Makaurau."

That prompted debate about the pressure on the party list, particularly as under party rules MPs and candidates must be ranked in such way that at least half of the caucus would be women.

Asked if that put more pressure on the male members of the caucus, in terms of possible list placements, West Coast Tasman MP Damien O'Connor said: "Well I don't know - I guess that's part of a constitutional remit that the hierarchy have to work through, and I'm glad it's them not me working through that."

"The list is about making us more representative of the community, it's not about saying the party values me more than they value him or her or someone else, so I don't see any conflict in that.

"There's certainly no acrimony in caucus and what will be will be. People like Damien and me go out to win our seats."

The list process for rankings MPs and candidates is under way, with the final list expected to be made public sometime in May.