The government was well on the way to achieving its goal of making it 25 percent easier for businesses to deal with government before apparently shooting itself in the foot.

One of the government's Better Public Services goals, set in 2012, was to make it easier for business to deal with the government.

More than 1200 businesses have been surveyed every six months, and for the first three years it looked like the 25 percent target would be easily met.

In June 2015, businesses reported it was already 16 percent easier to deal with government agencies.

But then the trend began to reverse.

Businesses reported the cost of dealing with government was increasing, and those dealings were getting harder.

The latest results, out this week, show businesses thought it was just 7 percent easier to deal with the government than in 2012 - and considerably more difficult than in 2015. 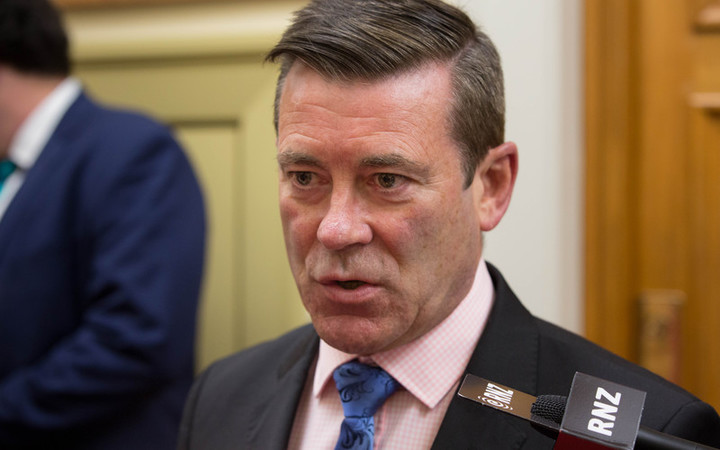 In a statement the Ministry of Business Innovation and Employment said there were still too many "pain points" for businesses and it singled out the impacts of law changes in areas such as workplace health and safety and food safety.

Workplace Relations Minister Michael Woodhouse, who was the architect of the 2015 Health and Safety Act, acknowledged businesses were concerned about the law coming into force.

"That was a valid concern because they needed to understand what it meant for them, but I think over time that has reduced - so I'm quite relaxed about where business is.

"Yes there is a few questions in the margins about things like sports clubs and volunteers and high-hazard areas but I think we're getting there.

"I think we're getting a much better understanding of and commitment to, rather than a compliance with, health and safety legislation," Mr Woodhouse said.

'Too much red tape'

Its chief executive, Ben Walters, said the government was absolutely right to pass the new health and safety law.

But he said a lot of businesses, those with older people in particular, did not want a bar of it.

"Instead of trying to understand what the legislation is trying to do and how to deal with it, they just shut down and say: 'nah, too hard, too difficult, too much red tape I can't really do this'," Mr Walters said.

He was not surprised to hear that the Food Act changes had been identified as part of the problem, saying he has to jump through endless hoops.

"All the paperwork of course, dealing with MPI who set up guidlelines that haven't been well thought-through, we need our brewery verified by an independent verifier, of which there seem to be very few, so essentially they charge what they like.

"It's a whole lot of extra work and money that we can't really afford."

Early Childhood New Zealand chief executive Kathy Wolfe said the new Food Act, which came into force in March last year, has made it much tougher for early childhood centres who want to serve their children meals.

Not only are they facing verification costs ranging from $150 to $4000 each - but she said there's been an unnecessary duplication of standards.

"Early childhood services are being lumped in with businesses such as bakeries and confectioneries and condiment makers.

"These are centres, especially for the most vulnerable areas, where children get a hot meal, and if compliance costs become an excessive barrier all it means is they will stop cooking," Ms Wolfe said.

Despite such complaints, MBIE points out the World Bank named New Zealand the best country in the world to do business last year.