The government intends to progressively raise the pension age from 65 to 67, but that will not start until 2037.

Under the proposed change announced by Prime Minister Bill English today, the age of eligibility for New Zealand Superannuation (NZ Super) would increase by six months each year from 1 July 2037 until it reached 67 on 1 July 2040.

This would mean the changes would only affect people born after June 1972.

Look back at RNZ's live online coverage of the announcement and reaction here.

Mr English said the policy, which would also double residency requirements, would save the government about $4 billion a year once it was fully in place in 2040.

He said the policy's 20-year lead-in was a "fair and balanced way to give people time to adjust" and in recent years what had been an alarming outlook for NZ Super had become a bit more manageable, so sudden sharp changes were not necessary.

People were healthier and lived longer, he said, so increasing the age while there was time for people to adapt was the right thing to do.

It would also bring this country's policy in line with other countries - Australia, the United Kingdom, Denmark, Germany and the United States - which were all increasing their pension ages to 67. 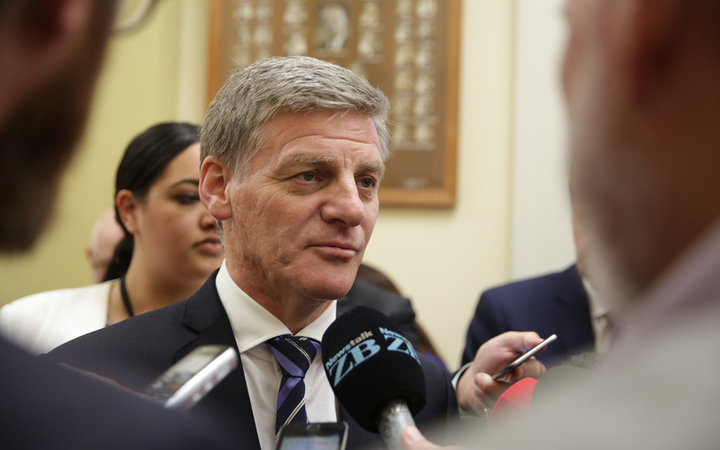 Prime Minister Bill English estimated the new policy - which includes the age change and other changes - would save $4 billion a year once it was fully in place in 2040. Photo: RNZ / Rebekah Parsons-King

Mr English said, even after the change took effect, someone retiring at 67 in 2040 was likely to receive NZ Super longer than someone who retired at 65 today. That was because life expectancy was increasing by about 1.3 years each decade.

The residency requirements for superannuation would also be raised, from 10 years to 20 years. The change would apply to all those who arrived in New Zealand after the legislation had been passed.

Mr English said other aspects of the scheme, such as indexing payments to the average wage and allowing universal access to superannuation rather than means-testing, would not change.

Read a fact sheet provided by the government to outline the changes (PDF, 675KB)

KiwiSaver could still be accessed at 65

Finance Minister Steven Joyce said the age of eligibility for the veterans' pension and the Super Gold Card would also progressively increase to 67, but people would still be able to access their KiwiSaver at 65.

He said the changes to residents' eligibility would make the scheme more fair.

"Presently, people aged 65 or over are able to claim NZ Super once they have been residents for 10 years.

He said while the Retirement Commissioner recommended increasing the requirement to 25 years, Cabinet felt 20 years was fairer.

"[That government will] consider whether any temporary additional support would be needed for people who are not able to continue working beyond the age of 65."

Changes to be election issue

The proposal will be an election issue, with National intending to introduce legislation next year.

"The other political parties will, you know, give it a bit of consideration, they'll test where public opinion goes on this," he said.

"We put it up within six months of an election so it can be tested by the electorate."

The Labour Party has said it opposes raising the age of eligibility. New Zealand First has also come out strongly against the proposal. Meanwhile, the Māori Party argues Māori and Pasifika people should get the pension earlier because they die younger than other New Zealanders.

ACT leader David Seymour said the government had "kicked the can down the road by 20 years, saddling future generations with the brunt of the change".

Mr English had earlier said the scheme was under review but ruled out making drastic changes. He told Morning Report this morning the government would not be introducing means-testing for superannuation and there would be no change to the way it was paid out.

His predecessor, John Key, had promised to resign if the age of eligibility was changed.

Mr English said it was a decision that he supported at the time in 2008 because it was necessary to establish trust when there had been a background of negative politics around superannuation.