Labour leader Andrew Little claims the Māori Party is not kaupapa Māori after hitching its wagon to National, as a new deal between the Māori parties is signed.

The Māori Party and the Mana Party yesterday signed an agreement to work together up until this year's general election.

Speaking to Morning Report today, Mr Little said the Māori Party hitched its wagon to National, but nothing had changed in terms of Māori over-representation in prisons and unemployment - so it had no influence over National.

He said they had conceded on every important issue.

"In the end, what it comes down to is - how do Māori have the strongest voice? Not just in Parliament, but in government. At the moment it comes through the Māori Party, which is two MPs tacked on to a National Party that doesn't need to listen to them on anything if it doesn't wish to. It's all grace and favour stuff."

Mr Little said Labour's Māori MPs were an integral element of the party.

He said Mana's Hone Harawira was all over the show, and in and out of different waka all the time. 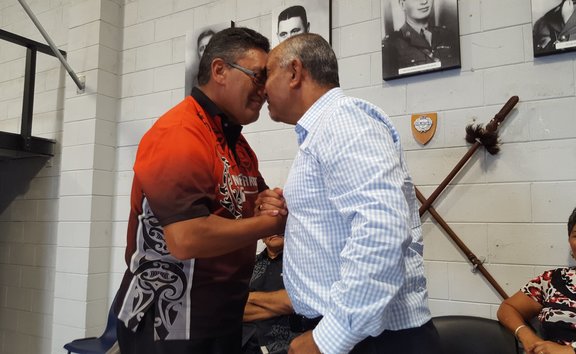 Mr Harawira said the Labour leader's comments about his deal with the Māori Party were inappropriate and quite nasty.

He told Morning Report he found it quite astounding how arrogant Labour leaders could be when talking about what Māori needed.

"I think what Māori really need is to not have white guys like Andrew Little telling us what to do, and what our aspirations should be. Mana has always been clearly its own independent organisation."

Labour MP Kelvin Davis, who beat Mr Harawira to win the Te Tai Tokerau seat three years ago, told Morning Report the political landscape had changed and he was not worried about losing his seat.

He said Mr Harawira's constituents were unlikely to forget the Kim Dotcom saga of the previous election.

Mr Davis said voting for Mana was a vote for National.