The Māori Party is talking tough over proposed new child protection legislation, and is not ruling out walking away from its government support deal. 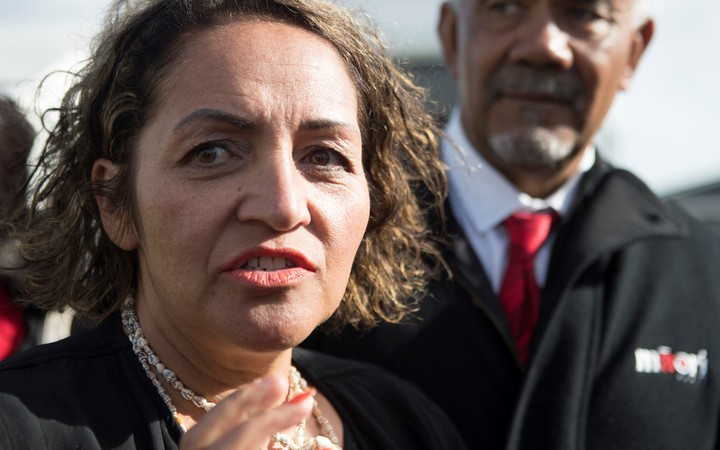 The current law gives priority to placing a child with a member of their family or wider hapū and, if that was not possible, then to someone with the same tribal, racial or cultural background as the child.

The bill was part of a major overhaul of Child Youth and Family (CYF) as it became the Ministry for Vulnerable Children, Oranga Tamariki.

But new legislation removes that priority, and instead puts emphasis on the child's safety.

Māori leaders, including the former government minister, Tariana Turia, have spoken out against the change.

"It is a bone of contention for us," she said. "We would march behind Tariana Turia and anybody else who wants to stand up for the children of this country if we were called on to do so."

She said Māori have been meeting across the country to express their dissatisfaction.

"Stop building a department that has a Māori issues paper to the side and build it with a kaupapa Māori focus that will make real change for the lives of these children."

She said the Māori Party would oppose the legislation if the government refused to make changes.

"They have a fundamental difference of opinion than we do about the legislation and whether or it not it needs provisos, whether or not it's a priority to place with whakapapa or in a loving home. Those are not mutually exclusive things.

"And we will stay and negotiate as hard as we possibly can with the government, because if we don't, we leave it to them to build something that doesn't reflect the wishes and desires of our people."

Asked how serious the Māori Party was treating the issue, Ms Fox said the party would abandon its government support deal if it had to.

However she said the Māori Party did not have an imminent plan to walk and it would cross that bridge if the party could not reach agreement with the government.

"Our first option is to fight for our tamariki."

She said there was a "direct correlation" between boys in boys' homes, men in gangs and prisons.

"And they did nothing wrong to end up in those homes in the first place.

"These are the lives of our children. We've already been assimilated and colonised once. We've already had children lost in the state system, being sat under double jeopardy for doing nothing wrong, abused, sexually abused, beaten up, disconnected from their whānau.

"We can't afford to have a new Ministry build that doesn't address those issues and continues to repeat those mistakes of the past."

Walking away from the deal with National was not something she could commit to without talking to the rest of the Māori Party, said Ms Fox, but she said it was "serious" for her party.

After it was raised in his meeting with the Iwi Leaders Forum at Waitangi, Prime Minister Bill English said the government did not intend to make any major changes to the legislation.