The Prime Minister denies more money to boost police numbers is an admission the government is struggling to keep crime in check. 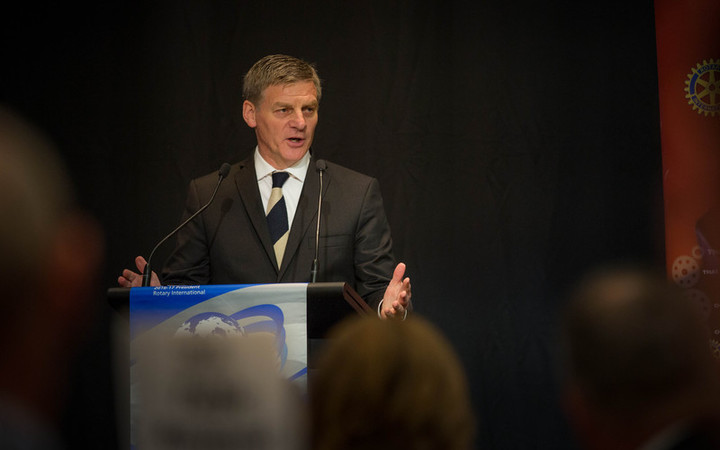 Half a billion dollars over the next four years would go towards increasing police numbers by more than a thousand - 880 of those will be sworn police officers.

The money for 66 of those officers was announced last year.

Bill English made the announcement at his first State of the Nation speech as Prime Minister in Auckland.

Speaking to reporters after his speech, Mr English said police were making big changes to focus more on crime prevention, and now was the right time to give them more resources.

"No, it's not an admission, it's simply pointing out...it's picked up a bit lately so it is the time to get on top of the serious crime problems, deal with them bettter."

Mr English said the money was to help the police respond to other pressures such as a growing population.

Mr English was asked about the timing of the announcement - at the start of election year and during his first major speech as Prime Minister.

Police numbers have been the subject of much political debate with both Labour and New Zealand First releasing policies last year to boost police numbers by at least 1000.

Mr English said the government had been working on this package since last May's budget, and it was his prerogative as Prime Minister to decide when to make the announcement.

All of the new police will not be on the streets until 2021, and the Police Minister, Paula Bennett, said the police were confident they could train the new officers using their existing facilities at the Police College.

"But that is why they wanted four years, because of the recruitment process as well and how that needs to happen."

However, some of the new money would go to the College in Porirua to help train the new officers.

Mrs Bennett said it would be up to the police to decide exactly where the new staff would end up working.

The Police Commissioner, Mike Bush, said plans for where the extra police staff would go were already well advanced.

He said there were some obvious regions where more police were needed, including Northland, Auckland, Waikato, the Bay of Plenty and Gisborne.

And he has welcomed new funding in the broader package announced today that would enable the police to make better use of the Eagle Helicopter in Auckland.

The helicopter was used to provide a vantage point from the air, to help co-ordinate police ground operations - particularly when people were on foot or in vehicles.

At the moment it was only available at pre-scheduled times for a set amount of hours each year.

Extra funding would mean the Eagle helicopter can be used at anytime, with 10 to 15 minutes notice.

Commissioner Mike Bush said that would be a great help.

"What we've found is that often some of the criminals who operate in wider Auckland know it might finish at a certain time and we have a peak in crime.

"We want to make sure that doesn't happen, by fully resourcing that."

The police would also establish a new, national phone number for non-emergency calls which Commissioner Bush said would take pressure off the 111 system and make it easier for the public to get in contact with the police.