One in 10 of the government's major projects face major problems, including the $490 million upgrade of two of the navy's frigates. 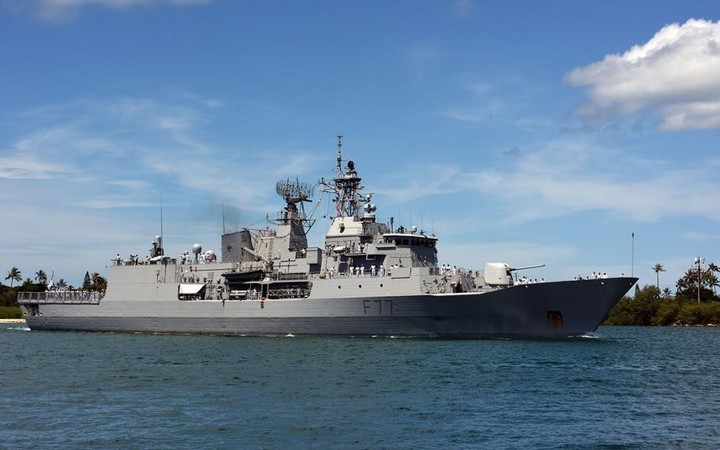 HMNZS Te Mana and HMNZS Te Kaha, pictured, are due for an upgrade including missile defence and communications and radar detection. Photo: SUPPLIED / US NAVY

The Treasury's latest major projects performance view (PDF, 1.1MB) provides a snapshot on the progress of the government's major investments, covering 53 projects with a whole-of-life cost of $37 billion.

"These investments are instrumental for the provision of quality public services for our growing country, and it is important that they are delivered well. Transparent reporting is a key part of ensuring agencies lift their performance in investment management," Finance Minister Steven Joyce said.

The review assesses each project according to a five-level scale from green to red.

Of the 53 investments, 33 - or 62 percent - are rated green or amber/green, meaning they are on track to be completed on time and on budget, while another 15 are amber, which require management attention to get the project back on schedule.

"This is about a risk register. It's things that could go wrong if they are not addressed and resolved," Mr Joyce said.

Only one is red: the $523m ANZAC Frigate Systems Upgrade, due to delays and cost pressures.

The government was forced to defend the upgrade last year when the budgeted cost rose by $100m to $472m, and Treasury labelled the project as high risk.

This is the second delay, with the project initially due to be completed by 2018.

Treasury said it would now be finished in 2020 and careful management was required to ensure the schedule did not slip further. It put the project's budget at $491m, with a whole-of-life cost of $523m.

The two frigates will get upgraded missile defence, communications and radar detection, torpedo decoys and an overall combat management system.

The frigates have already had their diesel engines and air conditioning systems done up.

The other four projects that have slipped are the $207m Lincoln University/AgResearch Building Project, the $135m Department of Internal Affairs Transforming the System of Service Delivery Programme, the Ministry of Health's National Bowel Screening Programme, and Te Puni Kōkiri's Māori Land Service.

The Lincoln University/Ag Research Building Project has declined due in part to concerns about uncertainty over the financial viability of Lincoln.

"These projects represent important and significant investments on behalf of all New Zealanders. It is troubling that National's ministers have failed to get a grip on projects that have been in danger for some time." Mr Robertson said.

Mr Joyce dismissed Labour's criticism, pointing out that the Police Human Resource Management Information System Project, which was rated red in the previous period, has improved to amber.

"We've seen that happen in the past when various ones [projects] have been in the red or amber/red category have returned to the amber or green category," Mr Joyce said.

"[The risk rating process] has had the desired effect of ensuring risk is identified early. That central agencies work closely alongside the relevant procurement agencies and get these things tidied up. It's a good process."

In 2015, Minister for Greater Christchurch Regeneration Gerry Brownlee slated the reports as "utter tripe" and "disrespectful" after some central Christchurch rebuild projects were given red ratings.

Two projects are close to completion and no longer require monitoring - the Christchurch Schools Rebuild Programme and the Burwood Hospital Redevelopment.

The review covered July to November 2016.