Internet businessman Kim Dotcom is hinting at a possible return to the political fray, asking his social media followers whether his Internet Party should stand in next year's election. 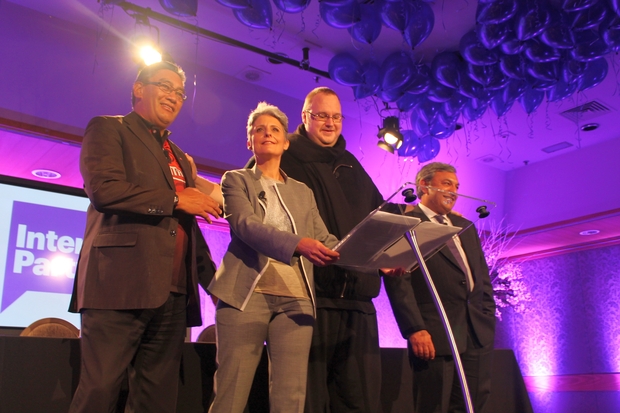 The Internet Party contested the 2014 election, lead by veteran politician and activist Laila Harré and in alliance with the Mana Party.

Despite a campaign spend of $3.5 million - bankrolled by Mr Dotcom - it gained just one percent of the party vote with no seats in parliament.

Mr Dotcom took full responsibility for the alliance's dismal showing and for the loss of then-Mana Party MP Hone Harawira's Te Tai Tokerau seat, saying his personal brand has proved "poison for what we were trying to achieve".

However, this afternoon Mr Dotcom set up a poll on Twitter to ask his followers whether the Internet Party should contest the 2017 general election.

Do you want the Internet Party to stand in the New Zealand election again in 2017?

Two hours into the poll, 1200 people had already voted, with two-thirds of them saying the party should contest the election.

Laila Harré was unlikely to be involved however - she announced earlier this month that she had rejoined the Labour Party and wanted to be a Labour candidate in the election.

Kim Dotcom is currently fighting extradition to the United States for copyright charges.

A district court found last December that he and three others were eligible for extradition, but the group contested that ruling in the High Court earlier this year.

The High Court was still deliberating, with no word on when its judgement would be released.