Judith Collins has been given lower-profile roles in Bill English's Cabinet but the Prime Minister insists it is not a demotion.

Mr English yesterday unveiled the new line up and many of the big portfolios remained unchanged. 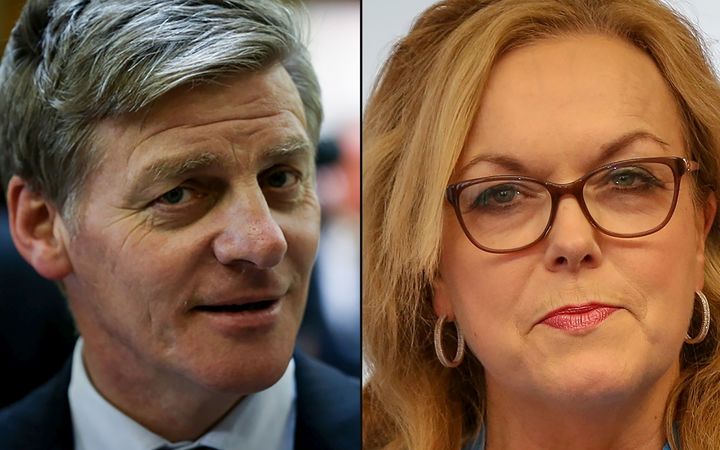 Mr English is adamant it's not a backwards move for Judith Collins. Photo: RNZ

However Ms Collins, one of the three contenders for the leadership, has lost her Corrections and police portfolios. She has been given demanding but lower-key revenue, energy and ethnic communities roles instead and has fallen several places in the ministerial rankings.

Mr English is adamant it's not a move backwards for Ms Collins.

"It's not a demotion, in the sense that if we're bringing people through, they can't all be ranked in the same number in the Cabinet, so some numbers move up and down," Mr English said.

"And I have to say it's something that's not of that much public interest."

Ms Collins has declined an interview and has not released a statement.

Mr English said every minister was happy to be a member of Cabinet and Ms Collins was no exception.

"Judith just has a set of business and commercial experience and ability that we haven't been able to use and we think given her strong advocacy around police and Corrections, she's done a great job in those portfolios, and now we can use her talents elsewhere."

"For all those that criticise Judith Collins, she has been a strong performer and I think she was pretty determined to do what she could for the New Zealand police.

"But the decision has been made to push her backwards and she's fast heading for the backdoor out of Cabinet."

Prime Minister Bill English told Morning Report it was not a demotion.

"I wouldn't get too focussed on the rankings," he said.

"You can't put everyone in the seat. It's just sort of a product of moving people up."

Jo Goodhew was the only minister to be dumped entirely, while several other ministers made the move to step down themselves last week.

These include Deputy Prime Minister Paula Bennett adding police, women and tourism portfolios to state services and climate change, the confirmation of Steven Joyce as Minister of Finance and the appointment of Simon Bridges as Minister for Economic Development.

She said she had asked for the portfolio as it was appropriate for the country's most senior female politician to hold it.

"Pay equity is of real interest for me and so I do think it's an area I want to continue to be engaged in. So it certainly had no reflection on the previous minister and more something that I was keen to get my hands on."

Workplace Relations Minister Michael Woodhouse was a major mover - jumping eight places in the ministerial rankings and picking up the ACC portfolio.

There are four new ministers - Alfred Ngaro, Jacqui Dean, David Bennett and Mark Mitchell. Mr Ngaro is the only one inside Cabinet.