Syrians in New Zealand have rallied together in Auckland today to get the government to act on the crisis in Aleppo. 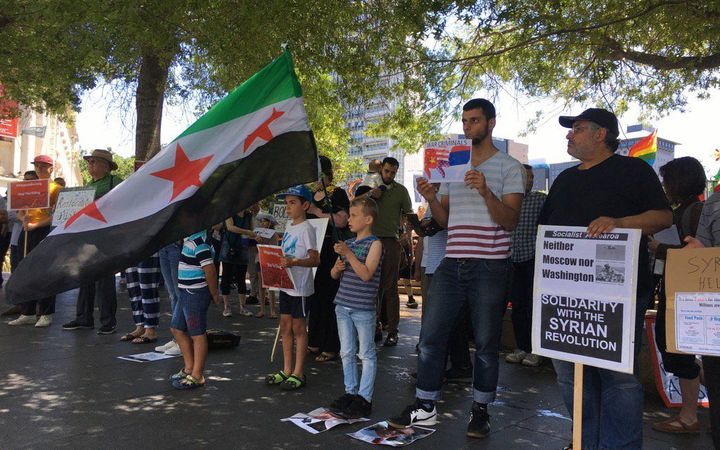 About 50 people gathered at Aotea Square in central Auckland today for the demonstration in support of those fleeing Syria and to demand a stop to the killing of civilians.

Tens of thousands of people remain trapped in the city after evacuations were halted by the Syrian government, with the United Nations warning at least 2700 children would be in danger if they could not get out.

The Green Party and Amnesty International have urged the government to consider another emergency intake of refugees from Syria, in light of the humanitarian crisis.

Spokesperson Ali Akil said its rally in central Auckland this afternoon was a push for action.

One of the protesters, Fareeda Kassem, said she wanted New Zealand to take a stand against the violence.

"The innocent people, the children, the newborn, who are being bombed in hospitals and schools. And this is just so crazy to see the whole world is being so silent about it. We're seeing this live, it's like nobody can deny this anymore."

Several groups, including Amnesty International and the Green Party, want an emergency extension to the refugee quota to help the Syrian crisis.

"I do think it should be considered right now because of the conflict that's happening there, and there's some people who are seeking a safe haven."

Ms Roche said the Green Party was also calling for a permanent increase to the refugee quota, to 1500.

The government announced last year that it would take an extra 600 Syrian refugees over two-and-a-half years as part of a special emergency intake.