Today the country gets a new prime minister, with Bill English to be confirmed as John Key's replacement and Paula Bennett as the new deputy. 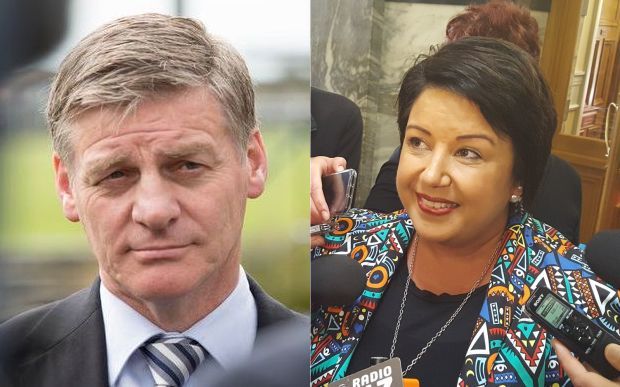 The National Party caucus will meet at 11am to make the appointments official, as Mr Key formally resigns.

It's exactly a week ago that John Key shocked his party and the nation by announcing he'd be stepping down today.

The news sent his MPs into a tailspin, but they very quickly recovered.

By Thursday the current deputy Prime Minister, Bill English, was named as Mr Key's successor, and on Saturday the Social Housing Minister, Paula Bennett, as his deputy.

The list MP Brett Hudson said it was an interesting selection process, where MPs met with each candidate one-on-one to hear their pitch for the job.

"Each of them called me at various times and asked if I was able to come and talk to them. I guess they were reaching out to the entire caucus."

Mr Hudson said the selection process was open and honest, but it was concluded as rapidly as it could be.

Brett Hudson said he was sure that both Mr English and Mrs Bennett would have looked forward to a rest over the weekend.

But there was no day of rest for the pair, who met yesterday afternoon to discuss their new government.

Paula Bennett said their skills and backgrounds complement each other.

"I've worked very closely with Bill English for the last eight years, in particular as a minister."

"We've just got a really good working relationship and I do think there are strengths in the southern from him and the Auckland from me."

The new cabinet line-up is likely to be named this week before Parliament breaks for the Christmas holiday period.

This will give the new ministers time to read briefings and get up to speed with their portfolios before Parliament resumes in early February.

Paula Bennett said they would be doing things differently.

"It'll be the same recipe, because it's a recipe of success for this country, but equally it'll be mixed a little differently in how we work internally and I think that's healthy and so we should be."

"We've been under John Key's leadership for 10 years. It is time for a bit of renew."

Paula Bennett's rival for the deputy leadership, Transport Minister Simon Bridges, bowed out of the race on Saturday morning after realising he had little chance of winning.

Mr Bridges said Mrs Bennett's communication skills, and her ability to connect with New Zealanders were some things he couldn't compete with.

"She's a rounded policy figure, social welfare and housing, she's done a great job. Just as it was the case with Bill English, I think what is true with Paula Bennett, is it was hard to go past her as a top candidate for the job."

"I'm really pleased I was in this, it meant there was a real contest. I had good numbers but just not good enough," Mr Bridges said.

On Sunday John Key packed up his Beehive office on the ninth floor to move to an office in Parliament House, where he would now have to get used to being on the back benches.

The same corner office has housed other former leaders during their last days, including Labour's Helen Clark and National's Jenny Shipley.