Analysis - It has been a long, hard road for Bill English to the prime ministership expected for him on Monday. 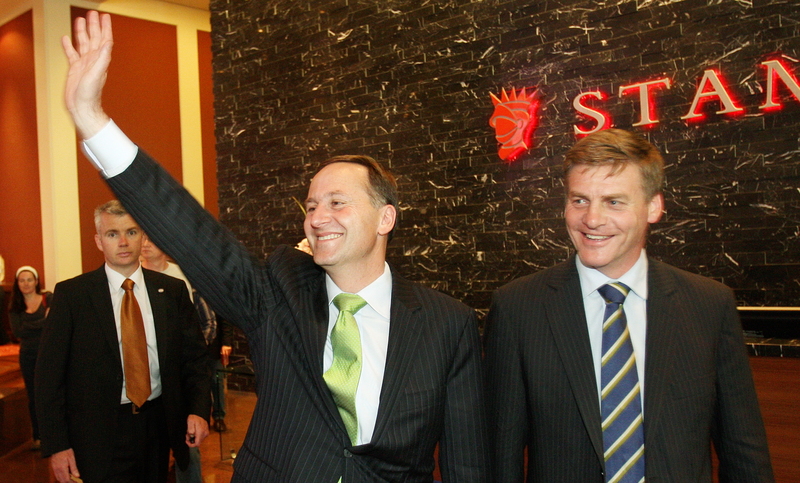 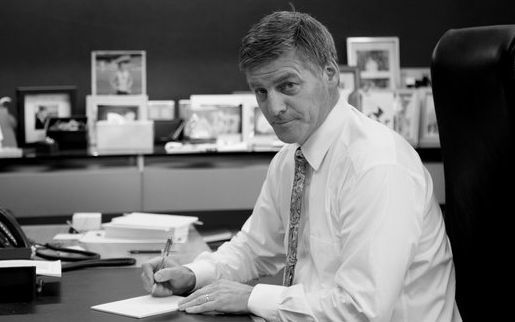 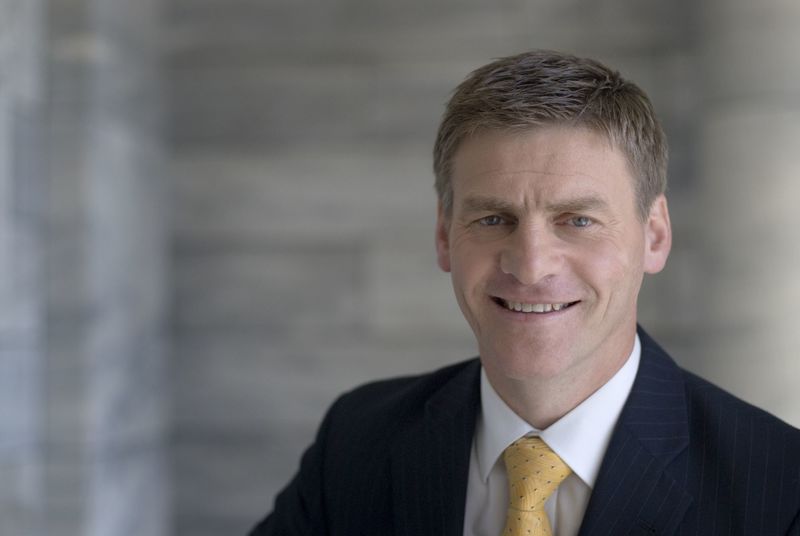 Mr English in 2013: He led National to its worst election result in 2002, then formed a successful partnership with Mr Key. 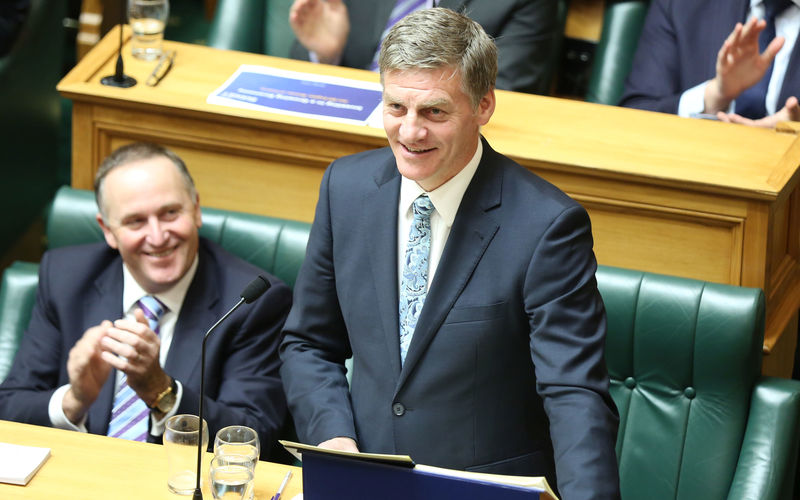 He has since driven the government's so-called investment approach to welfare.

He is married to Mary, a GP, and has six children. 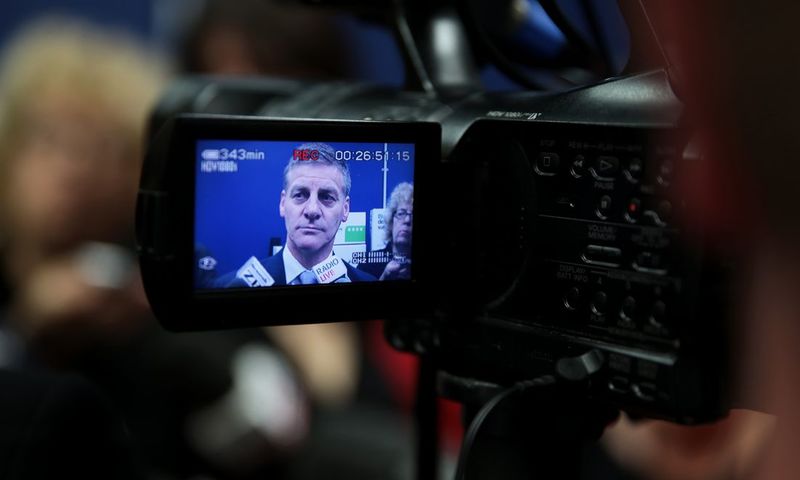 He is known as a social and economic conservative. 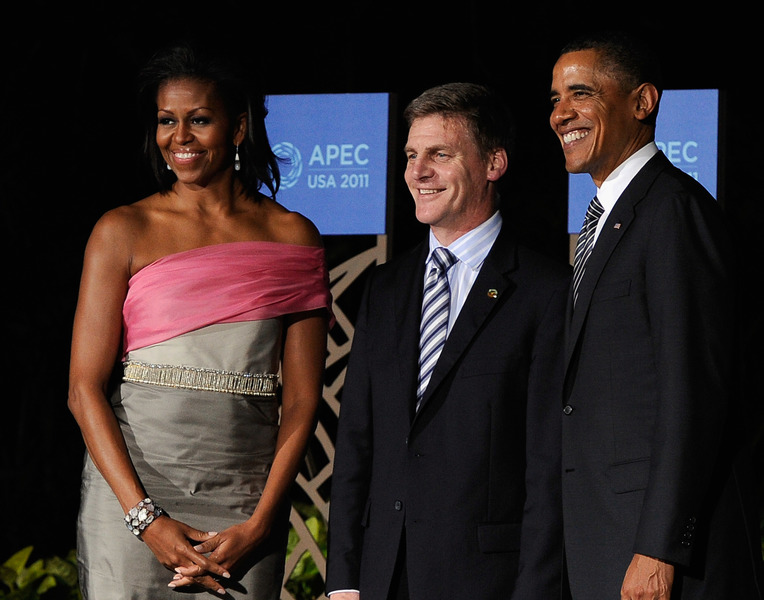 Mr English meets the Obamas in 2011 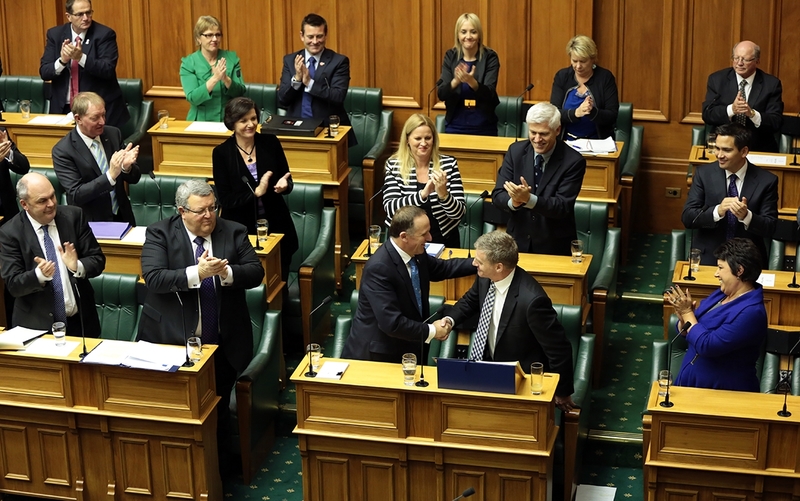 Applause after the delivery of the 2014 Budget

First elected to Parliament in 1990, Mr English was quickly identified as one of the National Party's rising stars.

He was appointed Health Minister in 1996 and quickly took the politics out of an area that had dogged the National-led government ever since it introduced market-led changes to the health system in the 1991 Mother of All Budgets.

It started with simple changes. Where previous health ministers had talked about Crown Health Enterprises and consumers, Mr English talked about hospitals and patients.

It was no surprise then when he took over as leader from Jenny Shipley in 2001.

But the young promising politician, who had also been Minister of Finance and Treasurer by the time the Shipley government was tossed from office in 1999, found leadership tougher. He did face Labour Prime Minister Helen Clark at her zenith and National was still in the doldrums after its 1999 defeat.

Worse was to come, however, and Mr English had the ignominy of leading the party to its worst election result ever in the 2002 general election. It came as no surprise when he was dumped the following year, with the former Reserve Bank governor, Don Brash, succeeding him.

Humiliated in the polls and insulted by some of his own colleagues, a lesser politician would have given up. Mr English, though, comes from tough Southland stock.

He knuckled down and continued to work hard. Winning his seat of Clutha-Southland, until he became a list MP at the last election, was never a problem. He also retained a strong sense of respect from many of his colleagues.

While Mr English might not be the most telegenic or media-friendly politician, he is intelligent and hardworking.

So he bided his time while Dr Brash led National to a recovery in the polls, but not enough to win the Treasury benches in 2005. Then Dr Brash's time was up and a contest was developing between Mr English and John Key to replace him.

Rather than go to a vote, however, the two men made a deal. Mr English backed Mr Key and in turn became deputy leader and finance spokesperson.

Initially there were qualms about the relationship. There had been a prickly relationship between the two men during the leadership tussle and Mr English had done little to hide his suspicion of Mr Key. 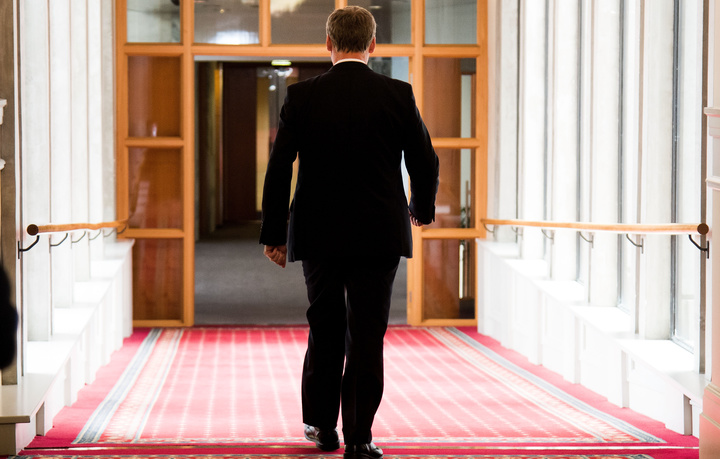 One was a policy wonk, a deep thinker and with some strong conservative social views. The other was a former money market trader who played the media and who was generally liberal on social issues.

But whatever suspicion the two might have had for one another, their partnership has rivalled that of their predecessors Helen Clark and Michael Cullen. In Mr English's case, however, unlike Dr Cullen, he now has the opportunity to - for a year at least - stand in his old boss's shoes.

He has served a 26-year apprenticeship before getting the job and, for the past eight years, has been the key driver as Finance Minister of much of the policy that has been a hallmark of the Key-led government.

Mr English is married to Mary, who is a GP, and the couple have six children. Mary has also been active in politics, regularly attending National Party conferences as a delegate.

His family and his Catholicism drive much of his approach to politics. While described by many as an economic conservative, and by at least some of his opponents as uncaring, Mr English is deeply interested in the impact of the government's policies on people's lives.

He has driven the government's so-called investment approach to welfare. Critics argue it is about cutting costs - and Mr English has been responsible for cost cutting in the public service - but to him it is about getting better outcomes, particularly for the most vulnerable people.

He argues using an investment approach means the government can focus much more tightly on people who need help most. He will rattle off statistics about how with the right information, government agencies can identify not just families but family members who need direct assistance.

His aim is to have much better targeted spending to deal with social problems. At the same time, however, in his time as Finance Minister, housing costs have continued to spiral out of control - helping worsen the social conditions that drive the problems he wants to address through that social investment approach to government spending.

English will need to defy history to survive as PM

Mr English has made it clear he will not change his approach if he becomes Prime Minister. The challenge for him: will he be able to convince enough of the public - in the way that Mr Key has - that the government's approach is the right one?

He does not have Mr Key's easy manner. But nor is he as dour as some suggest. New Zealanders though will see a different style of prime ministership, and they might not like it as much as they have the past eight years.

In Mr English's case, if National does not win a fourth term in government, he is unlikely to survive as leader for long.

If he wants to be more than a short-term prime minister, he must defy history.

Timeline: From farmer to future PM

Private life: A Catholic, he is married to Mary, a GP. They have six children.

Childhood: Born in Lumsden, Southland on 30 December 1961. Raised on the family farm.

Education: Attended St Patrick's College, a Catholic boys boarding school, in Silverstream, Wellington. He studied commerce at Otago University then did a Bachelor of Arts (Hons) in English Literature at Victoria University.

1990: Entered Parliament, in what was the Wallace electorate (became Clutha-Southland)

2001: Replaced Jenny Shipley as leader of the National Party

2002: Lost to Labour's Helen Clark in the general election

2008: Became a Cabinet Minister when National won the election. John Key made him Deputy Prime Minister.

2009: It emerged he claimed nearly $1000 per week to live in his family home in Wellington, including for power and cleaning. He paid some of his allowance back as a result.

2013: Voted against the Marriage Amendment Bill

2014-present: Became a list MP. He is Minister of Finance and of Housing New Zealand Corporation. He has delivered eight Budgets.

2016: Following the resignation of Mr Key, he announced he would run for the position. Judith Collins and Jonathan Coleman challenged him for the prime ministership, but later withdrew. He is expected to become National Party leader and Prime Minister on Monday.