The State Services Commission has paid compensation and publicly apologised to two former Ministry of Foreign Affairs and Trade staff for treating them unfairly in a 2013 investigation.

Former diplomat Derek Leask had complained to the Ombudsman about Paula Rebstock's inquiry, into leaks to then-Labour foreign affairs spokesman Phil Goff on the restructuring of the ministry.

The Ombudsman found Mr Leask and Nigel Fyfe, who were both cleared of being the source of the leaks, were unfairly treated during the investigation.

It ruled the commission should apologise and pay Mr Leask compensation for expenses and harm to reputation. 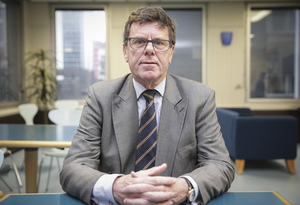 State Services Commissioner Peter Hughes said it had done that and, in the interest of fairness, had extended that to Mr Fyfe.

"I unreservedly apologise to Mr Leask and Mr Fyfe for the deficiencies the Ombudsman identified in the investigation and the publication of the final report.

Mr Hughes would not say how much the compensation was, or if the same amount was paid to both employees, but he did say it was large enough to need ministerial approval.

Mr Leask said he was pleased with the result.

Ms Rebstock, a former chair of the Commerce Commission, has carried out many reviews in the public sector and for the government.

The State Services Commission said it would continue to employ her despite what had happened.

Auckland mayor Phil Goff, who received the MFAT leaks in 2012, has said in the past that the Rebstock inquiry was a colossal waste of money.

"The apology and compensation vindicates two well-respected diplomats who I had the pleasure of working with for nine years," Mr Goff said today.

"The witch hunt against these two people is a sad episode in the history of a ministry that has served New Zealand well."