Prime Minister John Key has suddenly resigned and will step down next week.

Today's bombshell revelation caught many by surprise. Most of Mr Key's Cabinet, caucus colleagues and staff found out this morning he was quitting.

Just before midday, the Prime Minister's office announced he would hold a special news conference at 12.45pm.

There, Mr Key announced he had decided to resign, saying it was "the hardest decision I've ever made".

"To me, this feels like the right time to go."

Mr Key's resignation has plunged the National Party into a contest to elect a new leader.

Deputy Prime Minister and Finance Minister Bill English said he would announce tomorrow whether or not he would contest the position of party leader, after talking to his caucus colleagues and his family.

"Look the caucus has only known about this for two or three hours and I think we just want to give ourselves a bit of space."

Mr English, who led the National Party to a disastrous election defeat in 2002, has Mr Key's support.

Cabinet minister Judith Collins has not ruled out a leadership bid. She would attend a caucus meeting tomorrow and see what happened.

It would be good to have a fast process, but, regardless of what happened, she would support whoever was elected leader, Mrs Collins said. 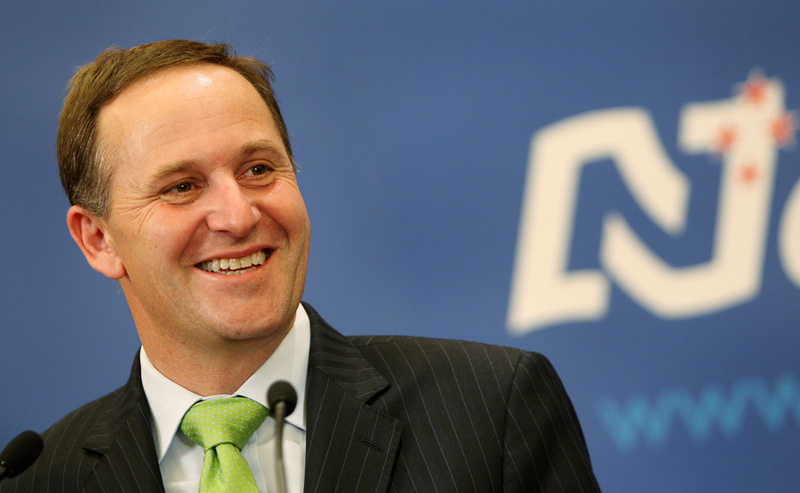 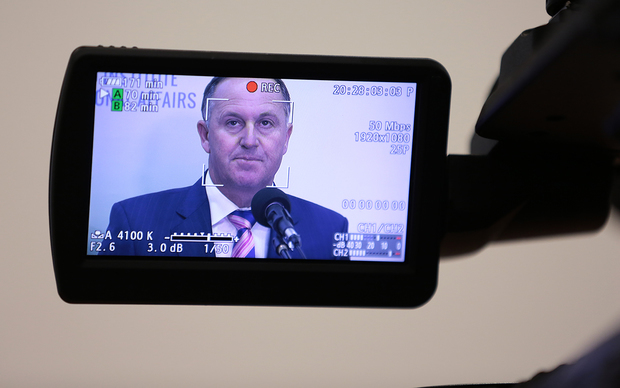 After three terms in the spotlight, Mr Key is stepping down. Credit: RNZ / Diego Opotowski 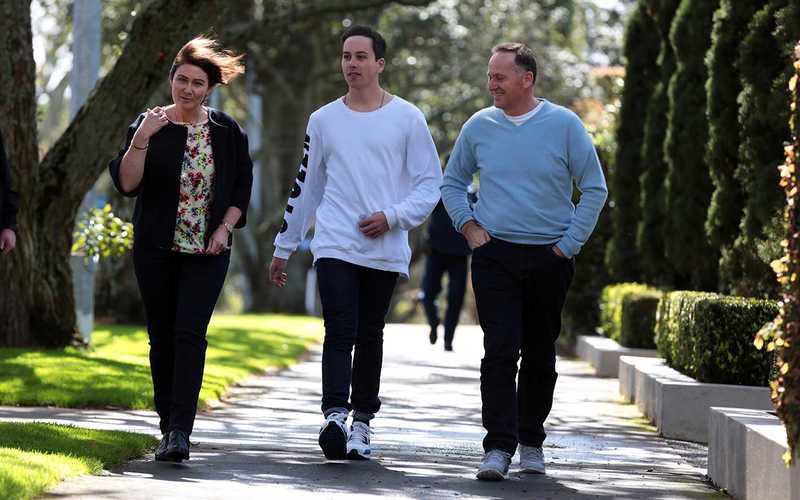 With wife, Bronagh, and son, Max, walking to Parnell School to vote in 2014. He also has a daughter, Stephie. Credit: RNZ / Diego Opotowski 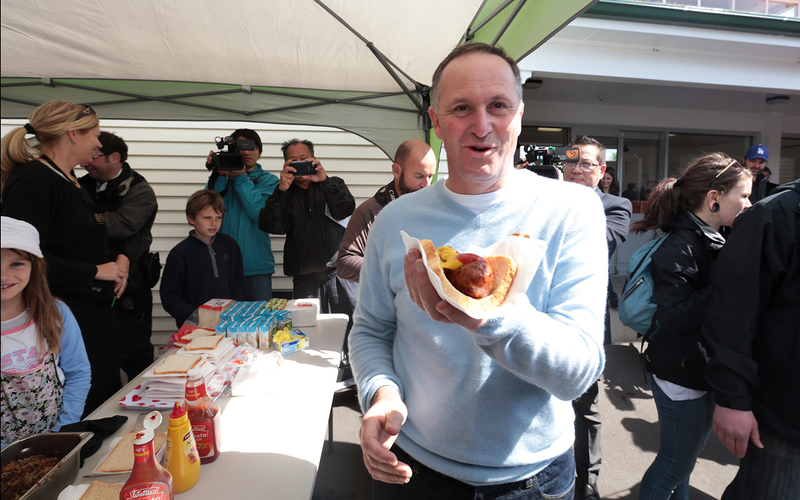 After casting his vote: Part of his appeal has been his casual persona. Credit: RNZ / Diego Opotowski 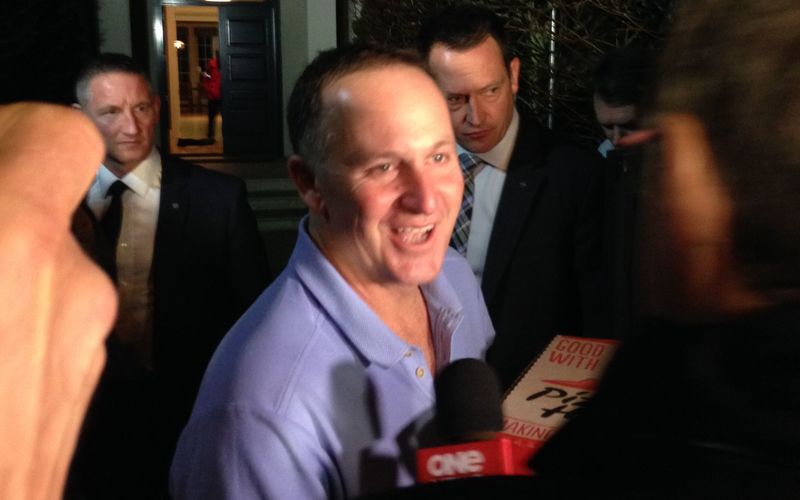 Speaking with reporters outside his house in Parnell on election night 2014. Credit: RNZ / Kate Newton 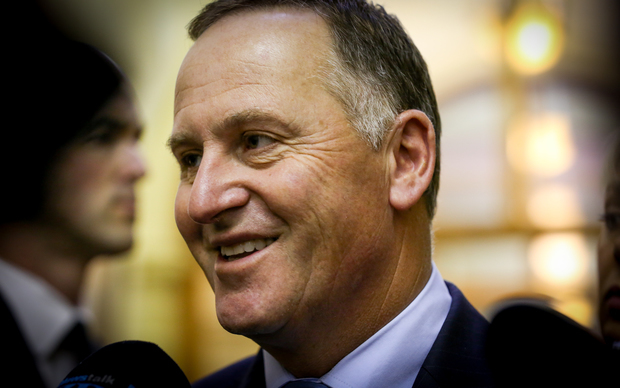 The PM during the caucus run on 21 July, 2015. Credit: RNZ / Alexander Robertson 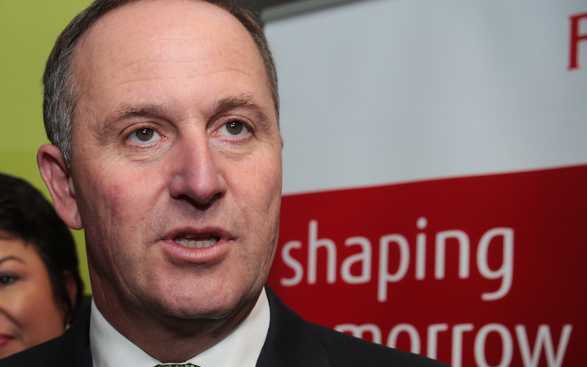 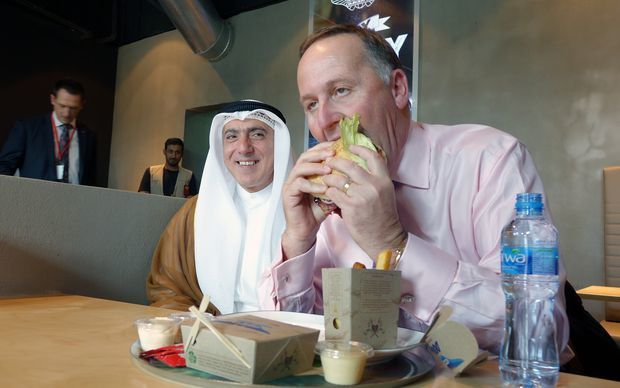 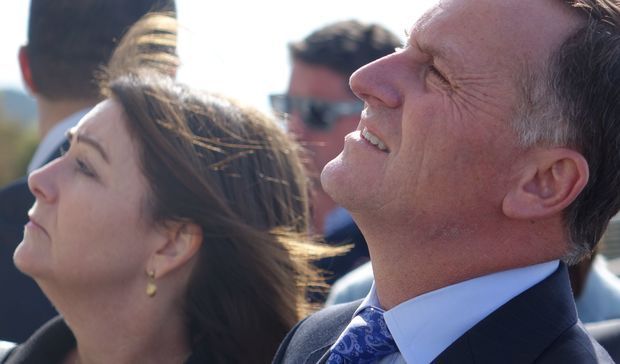 John and Bronagh Key at Gallipoli in 2015 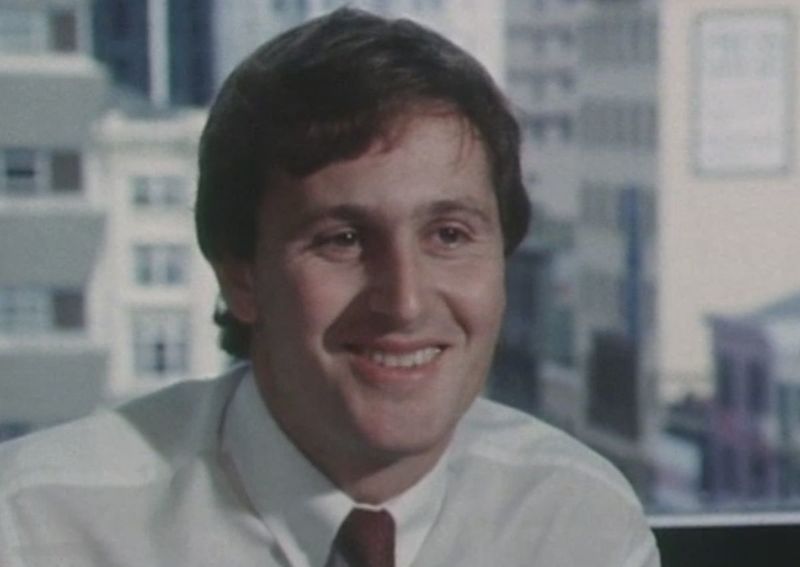 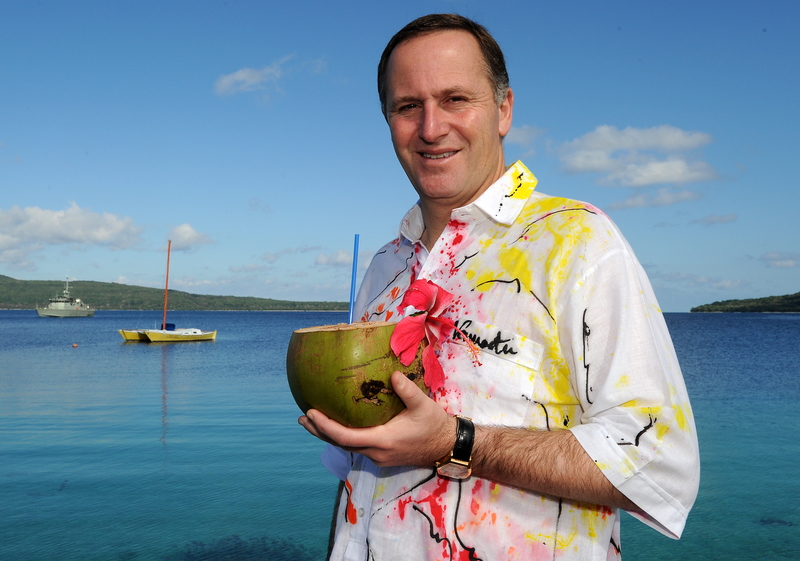 Totally tropical in Efate in 2010 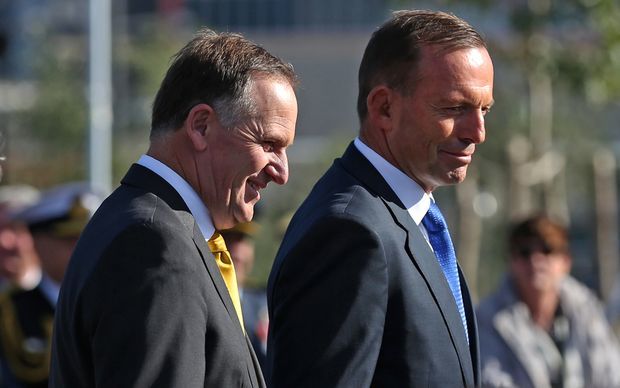 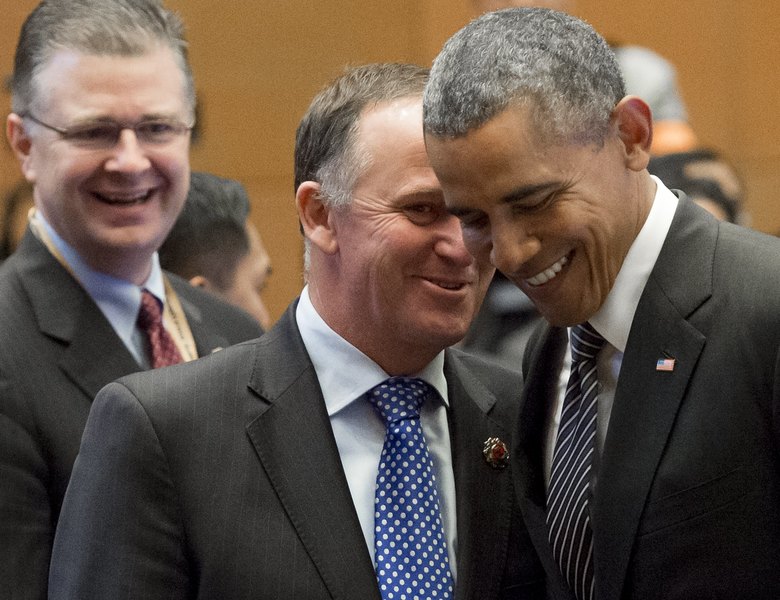 With Barack Obama in Kuala Lumpur in 2015. Credit: AFP 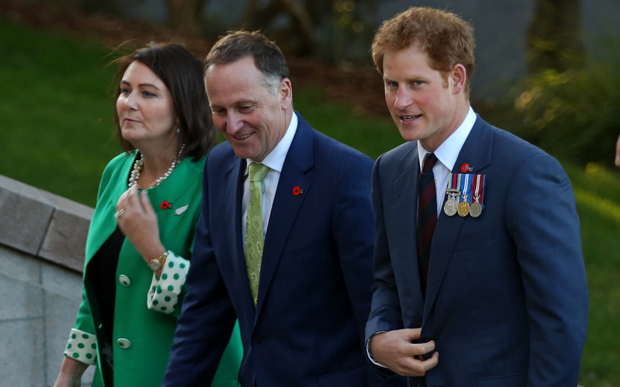 Mr Key fostered close ties with the British royal family, with Prince Harry among those to visit New Zealand. 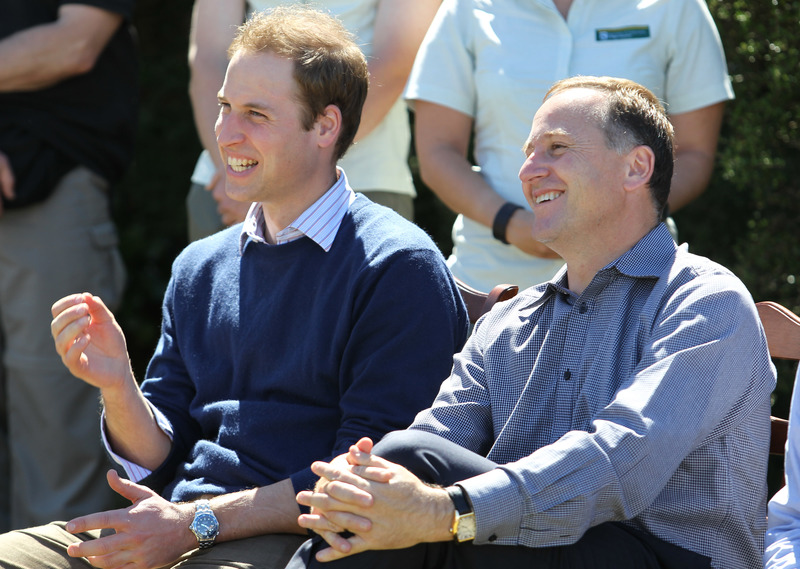 With Prince William during a visit to Kapiti Island in 2010. Credit: AFP 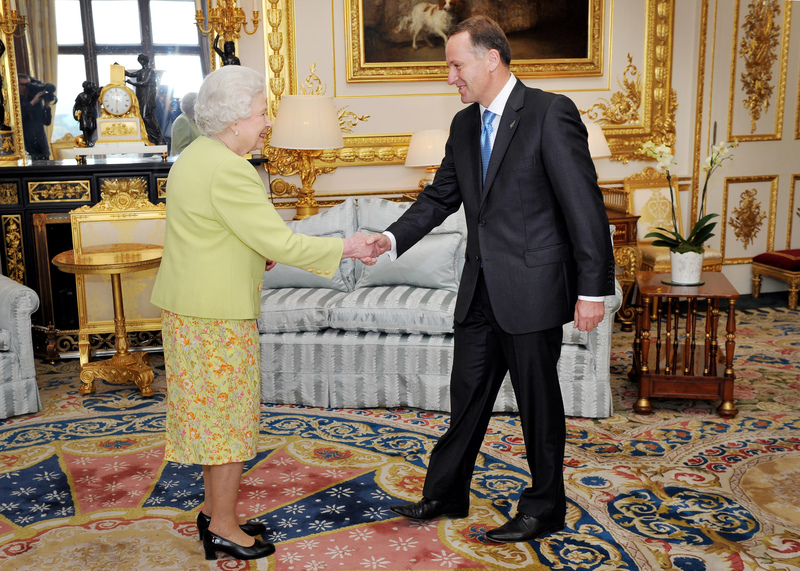 With the Queen at Windsor Castle in 2011. Credit: AFP 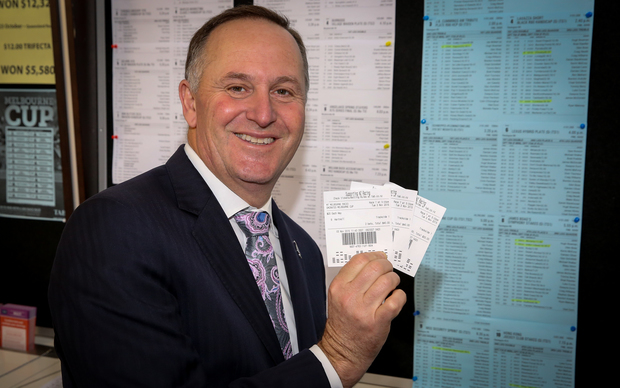 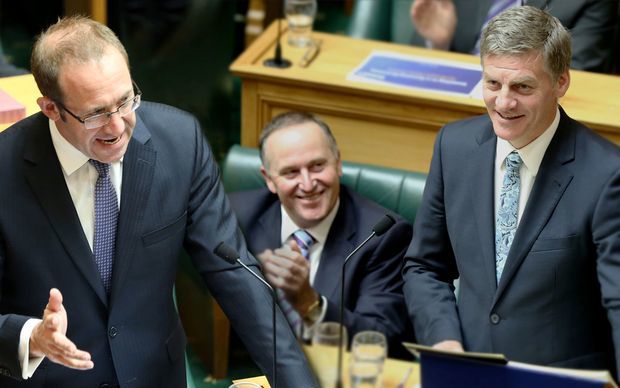 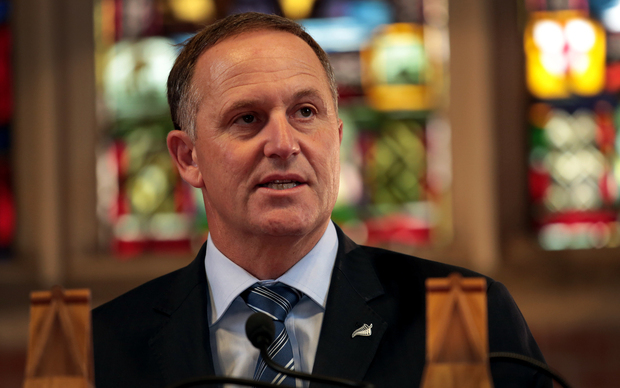 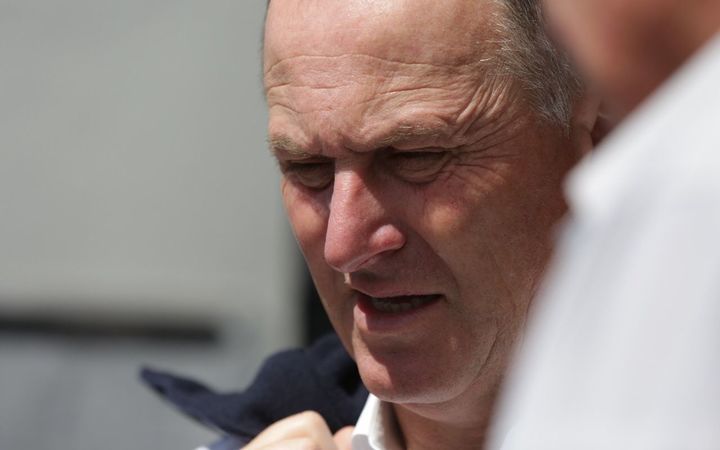 The prime minister in Kaikōura after the 2016 earthquakes. Credit: RNZ / Rebekah Parsons-King 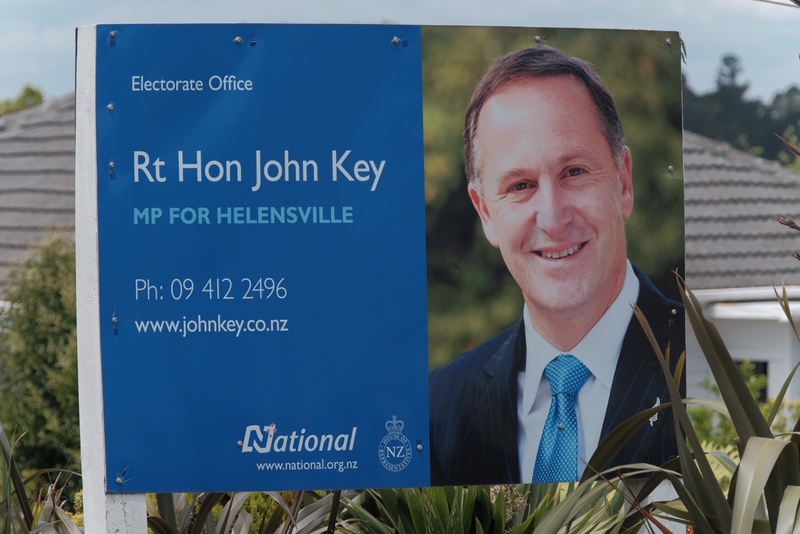 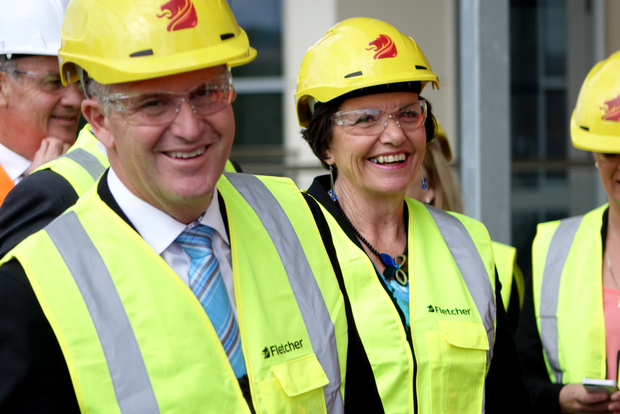 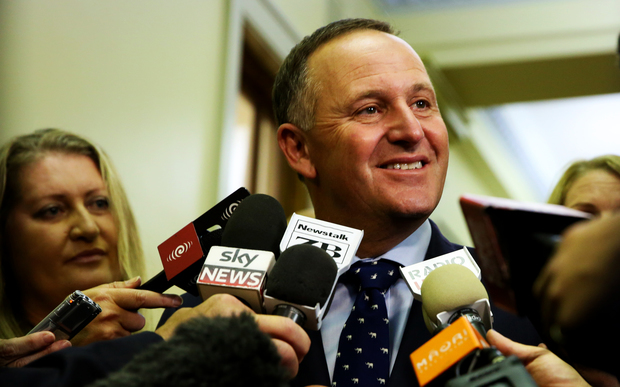 In a media scrum with RNZ's Jane Patterson 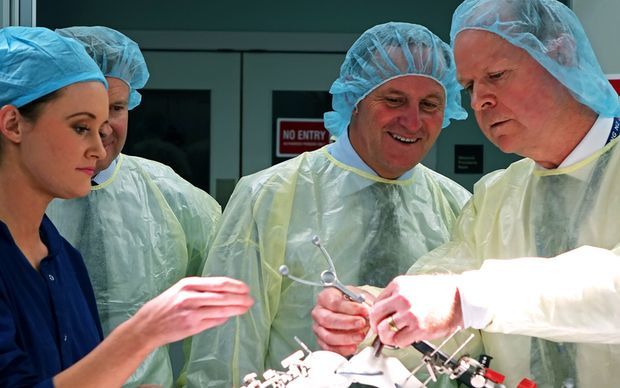 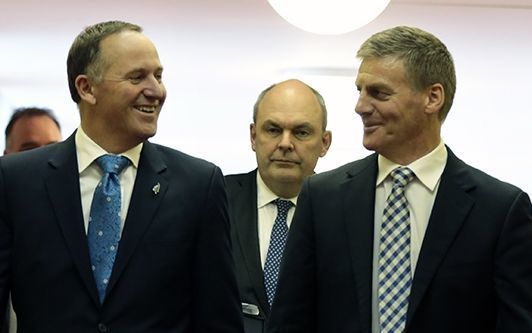 John Key and Bill English, who has his support to replace him. Photo: RNZ / Diego Opatowski 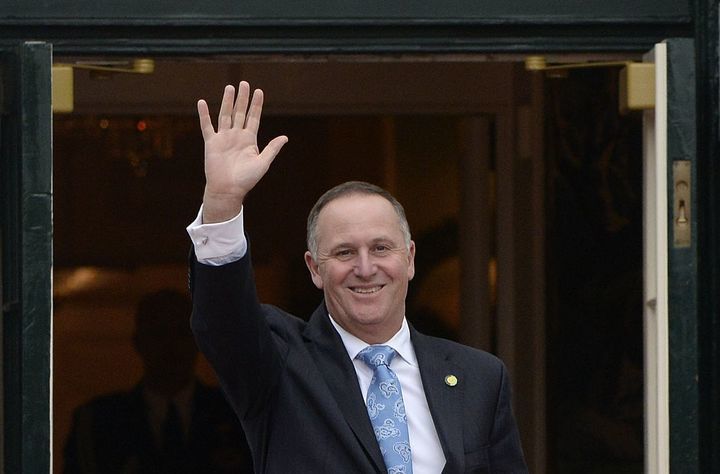 Mr Key spoke about the stress his family has been under because of his high-profile job. He said that was one of the reasons he was resigning.

"Throughout these years I've given everything I could to this job, the job that I cherish and the country that I love. All of this has come at quite some sacrifice to the people who are dearest to me - my family.

"For my wife, Bronagh, there have been many nights and weekends spent alone, many occasions important to her that I simply could not attend.

"My daughter, Stephie, and my son, Max, have transitioned from teenagers to young adults while coping with an extraordinary level of intrusion and pressure because of their father's job.

"I thank for them for their tolerance. Bronagh and I are immensely proud of them."

Mr Key said wanting to rediscover family life was just one of many factors that led to his decision. Another was not wanting to replicate other political leaders who stayed too long.

"Over the years I have observed many leaders, who, in a similar position, failed to take this step. I can understand why - it's an incredibly hard job to leave.

"But for me and the National Party this is a good time to go. Party membership is high and the party is well-funded.

"I absolutely believe we can win the next election, but I do not believe that if you asked me if I was committed to serving out a fourth term that I could look the public in the eye and say 'yes'," Mr Key said.

RNZ's poll-of-polls shows National's average across the whole of 2016 has been 45.9 percent.

A special caucus meeting will be called on 12 December, when a new prime minister will be chosen.

Mr Key said he had mulled over the decision to resign most of the year.

He said his wife, Bronagh, did not put enormous pressure on him, but she was happy he would spend more time at home.

He had disappointments, such as not getting the flag changed.

Another was failing to get the area around the Kermadecs made into an ocean sanctuary.

He said that grated him because it would enhance New Zealand's environmental credentials.

Mr English said there was a sense of sadness and disappointment within the National Party that Mr Key had quit.

Mr English said that feeling was no doubt shared by the New Zealand public, "many of whom for the last 10 years have been strong supporters of John Key".

"His confident and optimistic leadership has brought this country through some of the most challenging times it has faced for many decades, and has left New Zealand a more confident, more assured and more resilient country than it was when he took over the prime ministership back in 2008."

National Party president Peter Goodfellow said Mr Key's legacy would be as one of the greatest leaders New Zealand, and National, had seen.

"On behalf of the whole National Party, I'd like to thank John for the massive contribution he has made to both the party and the country," he said.

Mr Key's political opponents also paid tribute to his time in the role, and in Parliament.

In his maiden speech to Parliament, Mr Key paid tribute to his mother, saying she instilled in him the idea there was no substitute for hard work and determination.

By August 2004 he was the National Party's finance spokesman and, early the following year, he was promoted to the front bench and ranked number seven.

After months of speculation about the leadership, Mr Key became the National Party leader in November 2006, following Don Brash's resignation.

On taking the leadership, he signalled a retreat from hard-right positions on welfare, Māori issues, social issues and climate change.

In 2008, he led the National Party to victory in the general election and formed a minority government with the support of two minor parties.

In his election night speech, he stressed the importance of individual achievement to New Zealand's prosperity.

Today, he told RNZ he wanted to thank the New Zealand public for their support.

"They have backed me - you know, I've done stupid things and I've got things wrong and there's been bits and pieces that haven't been perfect, but they've always backed me."