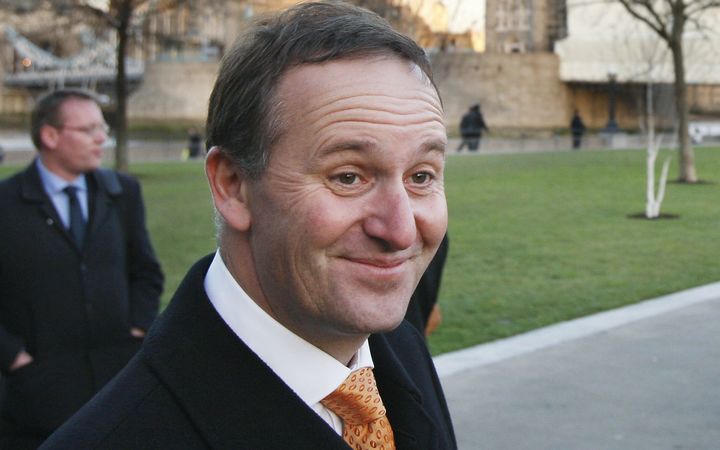 When word went out that Mr Key's weekly post-Cabinet news conference was going to be held hours early, plenty of speculation followed:

PM has called a 1245 presser. Is the reshuffle on?

Why is the PM holding an urgent 1245pm press conference. Get your bets in fast. pic.twitter.com/LHjL4uXgCK

And then Mr Key dropped his bombshell:

Politicians in New Zealand and overseas were quick to offer their thoughts:

John Key has served New Zealand generously and with dedication. I wish him and his family the best for the future.

I fought every day against John's politics but always supported his right to be a dad & a husband first. I wish him and his family well.

Congratulations @johnkeypm on outstanding service as PM of NZ.

Your country is stronger and richer.

I really enjoyed working with you.

Some were saddened by the news:

First we lose Paul Henry and now John Key?? Wtf is going on in this world??!!

We have been so lucky to have had John Key. The poison of identity politics could not work against his patent decency

But there were those that could barely contain themselves:

I know this extreme joy is going to be replaced by rock bottom depression when his replacement is announced. But still. I'm taking it YAYYYY

It's fitting that I would be wearing this Red Peak shirt on the day that John Key resigned. Good riddance.

And then, of course, the jokers had some fun:

John Key just copying @RusselNorman by getting out of the game on his own terms. Can't wait to see his beard #nzpol

In the end, we are all this internet cat: