A member's bill giving employment protection to victims of domestic violence has been drawn from the ballot today. 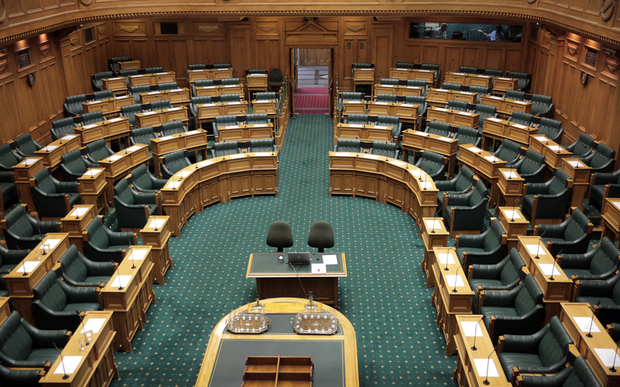 A file photo of the debating chamber at Parliament Photo: RNZ

The bill, in the name of Green MP Jan Logie, aims to make it easier for victims who are being prevented from leaving home or working effectively, or, in the most extreme cases, are being stalked at work.

Another bill drawn from the ballot, which was sponsored by Labour's Kelvin Davis, would require the Housing Minister to build 10,000 affordable homes each year.

Green MP Gareth Hughes also had a bill drawn, which aimed to help people with student loans save for their first home.

His bill would allow some compulsory student loan repayments to be delayed and diverted into a first-home deposit savings scheme.