Climate Change Minister Paula Bennett is not hearing any indications that other big emitters would pull out of the Paris agreement if the US President-elect Donald Trump carries out his threat to rip up the deal.

Mrs Bennett is at a United Nations climate change meeting in Morocco, a year on from the Paris climate accord deal being signed. 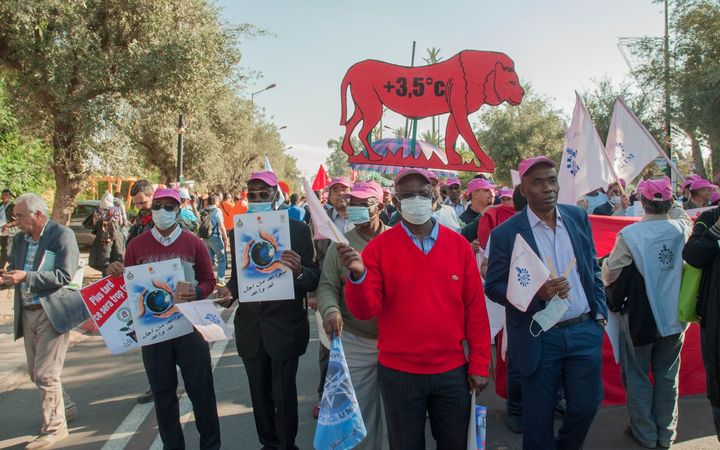 Activists at a protest in Marrakech call for environmental action. Photo: AFP

The Paris deal won backing from enough countries to enter into force on 4 November, four days before the US election.

The agreement seeks to phase out net greenhouse gas emissions by the second half of the century and limit global warming to "well below" 2°C (3.6F) above pre-industrial times and strive for a lower limit of 1.5°.

But Mr Trump's election to the US presidency raises the prospect of the United States not fulfilling its commitments.

The president-elect repeatedly said during his campaign that climate change was a hoax created by China and that, if elected, he would withdraw the United States from the Paris Agreement.

For now, the US is proceeding as usual. The White House presented a plan in Marrakesh, in the works long before Mr Trump's victory, for a "deep decarbonisation" of the US economy by 2050 that foresees an 80 percent cut in emissions from 2005 levels. 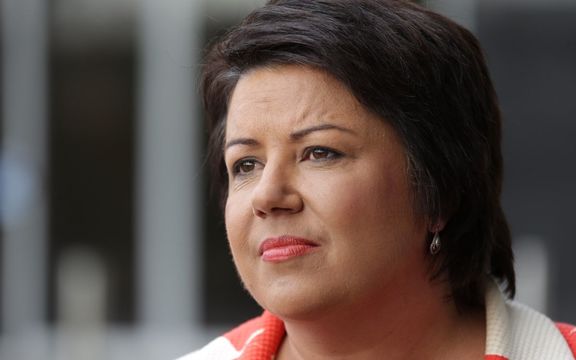 Mrs Bennett said no-one at the Marrakech meeting knew what Mr Trump would do but though he may not believe in climate change he made it clear during his campaign he was committed to jobs.

"One of the Americans here in Marrakech on behalf of the US was saying to me yesterday that there are 250 million jobs in clean energy in the US, and 80,000 in coal.

"You can call it climate change or call it what you like, but actually there is a momentum there both within jobs and the whole industry to be cleaner and more efficient, I just hope that once he gets into that kind of detail [Mr Trump] will see the advantages for the US."

US Secretary of State John Kerry found himself having to address the uncertainty created by the election of Mr Trump.

In a speech on Wednesday, he urged countries to treat the earth's changing climate as an urgent threat, citing melting glaciers, stronger storms, and record-breaking droughts.

"While I can't stand here and speculate about what policies our president-elect will pursue, I will tell you this: In the time that I have spent in public life, one of the things I've learned is that some issues look a little bit different when you're actually in office compared to when you're on the campaign trail," he said.

Mr Kerry spoke of his trip last week to Antarctica, where he met scientists alarmed at the trends.

Mrs Bennett said she was not hearing any indications that other big emitters were considering pulling out of the Paris Agreement if the United States did.

"China seem really committed, they've piloting their own emissions trading scheme, they too see this as the way of the future and them playing their role, not just globally, but for them domestically as well.

"So there's certainly no indication that they would see it as a backtrack that they could take themselves."

Mrs Bennett said New Zealand had extended the ratification of the Paris agreement to include Tokelau.