Chlöe Swarbrick has announced plans to stand for the Green Party at the 2017 General Election, but says she did consider running for Labour.

The 22-year-old, who came third in the Auckland mayoralty race, announced her candidacy on Twitter this morning.

The world is changing, people are angry, and more than ever, we need open minds and compassionate action. I'm joining the @NZGreens. pic.twitter.com/GdGyxnUCEL

Ms Swarbrick has joined the party and is still going through the candidate process, but the Greens have already indicated they would be delighted to have her stand, and that she would bring a fresh perspective to the party.

She told Katie Parker from The Wireless that she was approached by "a few" political parties in the wake of the mayoralty race, and did consider the Labour Party.

"I had quite a few considerations, but what it basically came down to was the fact that I align the most with the Greens and what they offer New Zealand politics. The alternative opportunity - that's not really an option - was to start my own thing, which I know quite a few of my supporters really wanted to see me do.

"Being completely aware personally of my shortcomings, or at least where my inexperience lies, I don't think that that would be the best way to contribute to the New Zealand political landscape at the moment."

She said she was contacted by co-leader James Shaw during the campaign, and sat down with the party.

"To be quite frank and open I've always voted for the Greens in the past, and this decision to pin my colours is not one I take lightly. I value my independence incredibly highly."

Phil Goff won the Auckland mayoralty with about 47.6 percent of the votes, with Vic Crone second. 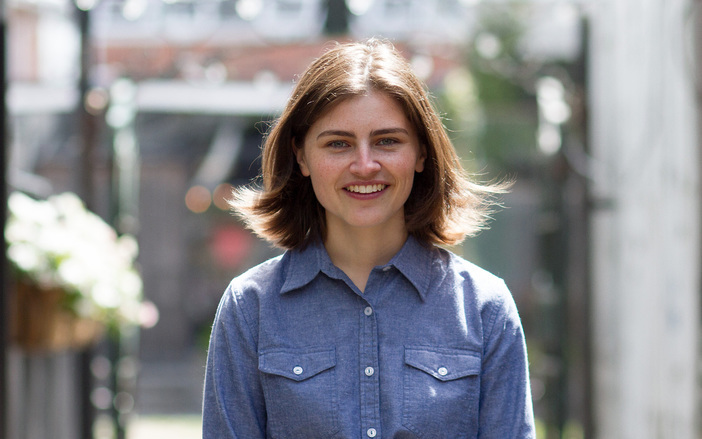 In her statement, Ms Swarbrick said she had never seen herself in politics.

"I've always thought I could do a lot more outside of it, whether that be in journalism or business. What the campaign taught me is there is a tide for change... for progressive, inclusive, compassionate and empathetic politics.

"I want to be part of the change that is positive for our country and for our society."

"There is a tide for progressive, inclusive, compassionate & empathetic politics." @_chloeswarbrick it is wonderful to have you aboard. mx https://t.co/YwXifR5tP9

Green Party co-leader Metiria Turei said the party was delighted Ms Swarbrick would stand for them next year.

Ms Turei retweeted Ms Swarbrick's video, saying "it is wonderful to have you aboard".