Power Play - "I'm no show pony" declared Labour leader Andrew Little after his deputy Annette King described him as 'no frills', during her speech to the party's annual conference, held on the Auckland waterfront at the weekend. 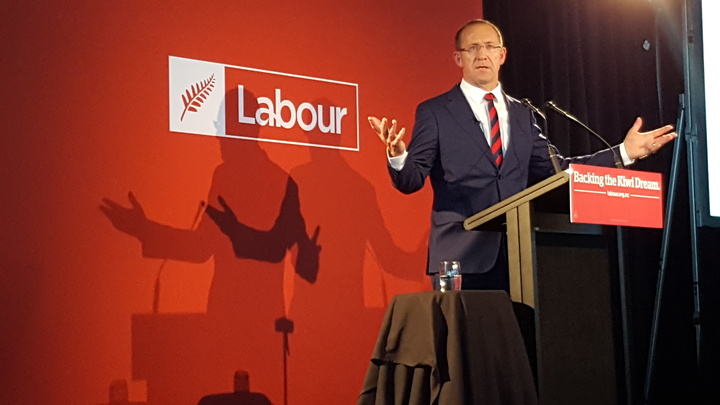 Mr Little delivered standard Labour fare to grassroots members with a jobs policy for young unemployed, which would see them paid at the minimum wage for six months to maintain Department of Conservation (DOC) tracks or help out in the local food bank.

His speech traversed housing, National's possible tax cuts and poverty, and was a solid speech for his second conference as leader.

In the introductory video, Labour test-ran a campaign slogan, "It's Time to Change the Government", with echoes of National's 2008 "It's Time for a Change".

The jobs policy would be for those on the Jobseeker benefit for more than six months, and would not be compulsory.

But that's where the policy could get tricky for Labour as Mr Little said there were already sanctions in place for those on the Jobseeker benefit who did not fulfil their obligations; sanctions Labour has previously described as punitive.

When Mr Little was asked about how young people would be made to do the paid work if they flat out refused, he referred to the sanctions, and in the next breath reverted to the criticism of them as punitive.

Another Labour Party proposal that proved somewhat difficult to explain was a recommendation in the Future of Work Commission, also released at the weekend.

Businesses not taking on apprentices or providing on-the-job training would be levied - not taxed, insisted Labour's Grant Robertson, as the proceeds would be put back into workplace training.

In his speech, Mr Robertson talked about local firms not relying too heavily on migrant workers.

Despite the party having run hard on the issue of immigration, the high numbers of temporary work visas and the impact on the job market, Mr Robertson was decidedly reluctant to link the levy proposal to immigration. 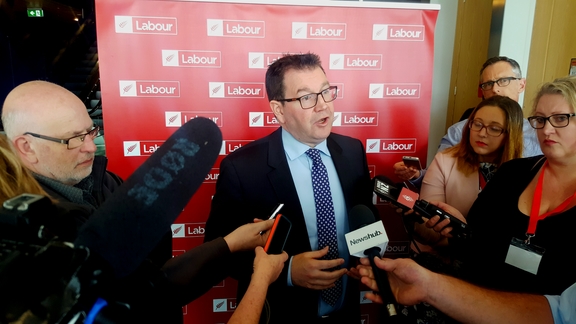 He did concede the policy was aimed at encouraging investment in training New Zealanders rather than relying on a steady flow of workers from overseas, but after several rounds of questions from reporters he clearly believed were deliberately misconstruing the proposal, he denied it was a policy aimed at cracking down on migrant workers.

The overall conference however was notable for the fact only the set piece speeches and a business panel were open to the media.

After the 2012 Labour Party conference, where party differences over how to elect the leader and over the leadership itself at the time were fought out in full view of the media, potentially more controversial parts of conferences have been sealed off in the ensuing years.

When it was riven with division and languishing in the polls the National Party conferences were much the same, but with the confidence of a party with still solid support, its conferences have progressively become more open, including the sessions over potential election campaign policy.

There were strong words from Mr Little during his speech about Labour winning the next election, but the party lacks the feeling of true confidence about its prospects of actually defeating John Key and his government - a feeling that was starting to build in the National Party ranks as they eyed the Clark government before its defeat in 2008.

Labour has not been able to break through past the early 30s in most of its polling, except for the odd spike, which puts it in about the same place it was this time last year.

If it is not starting to make some real gains at the start of next year and make inroads into National's vote, it faces an uphill battle if it hopes to win next year's election.