Labour has released a plan which includes a tax to discourage businesses from using migrant workers and train New Zealanders instead. 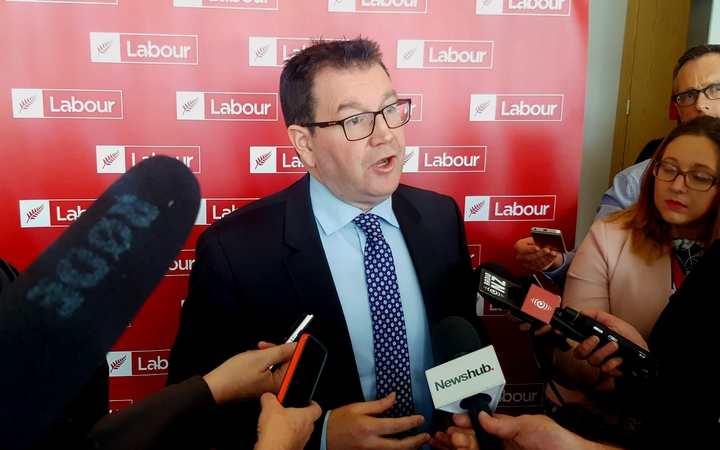 Speaking at the Labour Party conference in Auckland, finance spokesperson Grant Robertson said research showed almost half of the jobs in New Zealand could be lost because of automation and technology over the next 10 to 15 years.

"If we are passive in the face of this change there will be less secure work and opportunities to earn a decent living.

"We must plan and act now to ensure people are not left behind."

The final report from his two-year Future of Work project contained 63 recommendations looking at education and training, access to technology and income security.

They would include a levy on industries with persistent skills shortages - firms that could show they were actively engaged in training would be exempt.

Firms that could show they were actively engaged in training would be exempt.

The idea was to discourage local firms from bringing in migrant workers and invest in training New Zealanders instead.

Mr Robertson said the absence of skilled workers was the number-one issue the business community had raised.

"We can't rely on the market to provide, or immigration alone, to import our solutions."

Automation was already happening, and was going to speed up, he said.

"Robots, 3D printers, algorithms - these are the things that are starting to take away the clerical and process work, obviously we're looking towards things like driverless cars that will change a lot of jobs

He said that could also create huge opportunities, for example, people could start a business from their phone, and technology allowed people to work from anywhere.

"Beneficiaries would be able to fulfil their working obligations if they choose to do volunteer work," Mr Robertson said.

"People currently expected to be searching for paid employment could instead do volunteer work for the same number of hours they are obligated to be in paid employment."

A Labour government would also initially fund up to six weeks of free, full-time training per year for employees "who lose their job or have it fundamentally disrupted by technological change", he said.

The Future of Work document confirmed the plan to investigate a "Universal Basic Income", a guaranteed basic payment "made to all adult citizens, no matter their employment status".

It said there was "still significant work to do to assess how a UBI would actually work, how to pay for it, the interaction with the tax system, and how to ensure equity and fairness".

A review of work obligations for beneficiaries with children has also been proposed.

Speaking to reporters at the conference, Mr Robertson said some businesses were not "pulling their weight" in terms of training the next generation of workers.

"You've got a business where perhaps you've got four, five, six people in the 40s and 50s and they're not taking on apprentices, so what this is about is to make sure we're filling the gap."

He said most of the businesses who had talked to the Future of Work Commission had already committed to training programmes.

"And actually, they're quite pissed off with those businesses who coat tail off of them."

Mr Robertson acknowledged it would be difficult to measure what training individual businesses were doing.

"It's a measure that would certainly require some work", he said.

"One of the other proposals in the Future of Work Commission is to re-establish a tripartite skills forum, that's business, unions and the government together and that would be part of their job to identify how to do that."

Mr Robertson denied this was a policy aimed at cracking down on migrant workers.

"They [businesses] will still be able to have workers come in from overseas and work - that's absolutely fine.

"But what we want to make sure is that they continue to invest in training the next generation of New Zealand workers."

He said a Labour government would work with small businesses to make sure they were not disproportionately disadvantaged, and where appropriate, exemptions would be available.

Mr Robertson said all industries, including those that relied on short term, seasonal labour such as tourism, would also be expected to train their staff.

"There's plenty of opportunities in the tourism sector for instance for example for people to be taken on as apprentices, as cadets, but more important to be given training while they're in the workforce."

In his opening speech Mr Haworth told the party faithful it was important to show what an alternative government would look like.

"We are in a mature and very very respectful relationship with the Greens, which is part of a progressive alliance that will deliver to New Zealand," he said.

"And this is part of that process of showing that engagement, and recognising that respectful relationship which we are in."

Mr Shaw told the conference Labour could rely on the Greens.

Labour's leader, Andrew Little, will give his address to the conference on Sunday afternoon.