The government is standing by its controversial Saudi sheep deal, despite a report finding it lacked transparency. 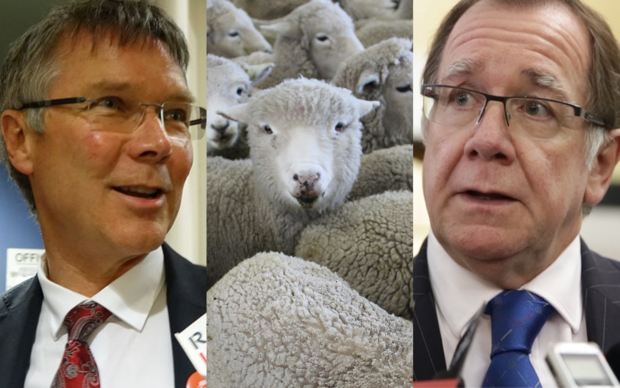 After a lengthy investigation, Auditor General Lyn Provost has cleared the government of any criminal liability over the deal.

She did not find evidence of corruption or bribery but was highly critical of the process, saying the government concealed the true nature of the deal from the public.

For 18 months Foreign Minister Murray McCully had been under fire for the deal, in which more than $11 million in cash, livestock and agricultural equipment were given to a Saudi livestock importer.

It was an attempt to resolve a complex diplomatic issue and appease businessman Hamood Al-Khalaf who had blocked a free trade deal with the Gulf States in response to New Zealand banning live sheep exports due to animal welfare concerns.

Ms Provost said she shared many New Zealanders' concerns about the Saudi sheep deal and in particular with the paper put to Cabinet.

She said the benefits of the deal to New Zealand were unclear, nor was it clear how the $11m amount was arrived at, and it had not been checked whether there was any substance to a claim that the government could be subject to a multi-million dollar lawsuit.

The only positive for Mr McCully was that he was found not guilty of breaking the law, Mr Parker said.

"If the standard of conduct of ministers in New Zealand is now so low that so long as you're not locked up or charged with a criminal offence you can stay on as a minister, that's a very low bar indeed."

"Legal is not the same thing as ethical. If you look at the report it cites numerous instances where the behaviour was rogue, there was clear incompetence, and they were doing some pretty dodgy stuff," he said.

However, ACT leader David Seymour said other parties were not in a position to criticise.

"Whether it's SkyCity, Lord of the Rings, it's normal for the government to try and pick winners and spend money on corporate welfare.

"But just remember when the opposition do their nut about this, or any other particular deal, it's Winston Peters who wants to subsidise trains and horses, it's the Green Party who want a Green Investment Fund and it's the Labour Party who want to spend $2 billion bribing the people of Mt Roskill with a railway even though they have no business case."

Key has full confidence in McCully

Mr McCully said the government was stuck in a hard place and it did the best it could to negotiate with an important trade partner.

He said the deal had removed a major obstacle holding back progress on a free trade deal in the Gulf region.

But he acknowledged greater clarity around the rationale for the deal could have been provided.

Prime Minister John Key said he was totally comfortable that the minister and the government acted appropriately and professionally, and he had full confidence in Mr McCully.