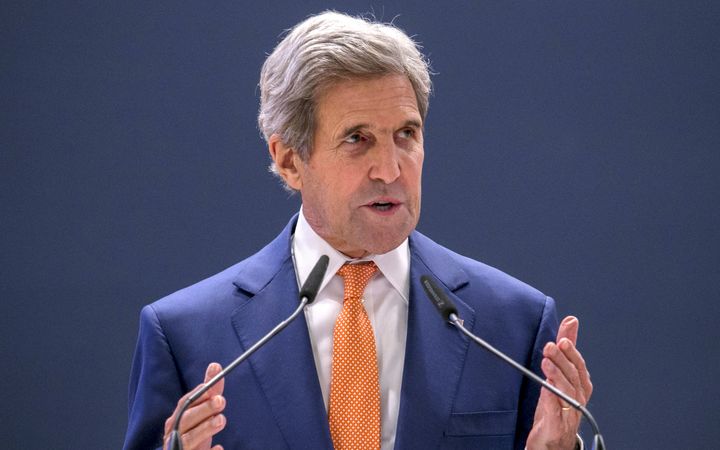 Mr Kerry's spokesperson said he would be in Wellington for two days on Saturday 11 and Sunday 12 November.

Mr McCully said the agenda would include the plight of people in Syria and other issues related to the United Nations Security Council on which New Zealand currently sits.

Mr Key said it would be good to catch up with the American Secretary of State about Tuesday's presidential election when he visited.

"Well, of course we'll be following up post the elections, but generally, as you can see by the fact that the Americans have decided to send a ship for the 75th anniversary of the Navy , our relationship is in great shape."

Mr Key said he could not see the result of the presidential election affecting New Zealand's relationship with the US.

"There is always a change of administration at some point, so we'll need to take stock of where things are at and discuss where we can go in the future.

"Alternately every leader is going to have a different emphasis and approach but America and New Zealand have a long history and in the most part a very friendly history," Mr Key said.

Paul Buchanan, a former intelligence and defense policy analyst and consultant to the US government, said Mr Kerry would be bringing a message of reassurance.

Mr Kerry would also take part in a wreath-laying ceremony at the National War memorial, and in the dedication of a US War Memorial.

It is the first trip to New Zealand by a US Secretary of State since Hillary Clinton visited in 2010.