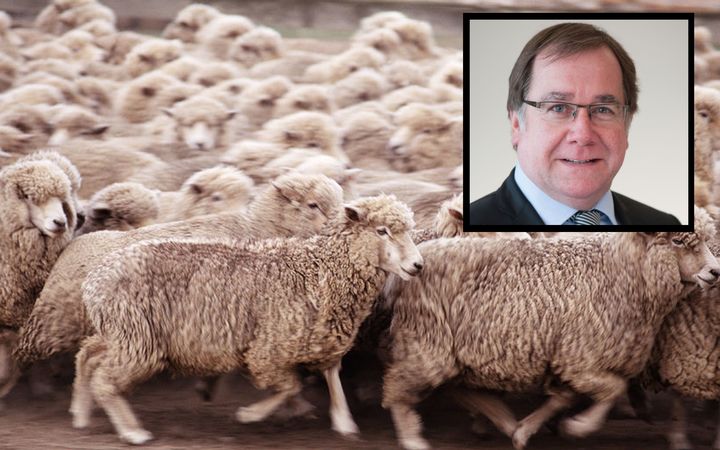 In a nutshell, that was the finding from the Auditor-General's 15-month investigation into the Foreign Minister's deal, which was released this week.

It cleared the minister and officials of acting corruptly but found the deal was simply a "guise" - the settlement of a personal grievance, dressed up by Mr McCully as a contract for services.

It found "significant shortcomings" in the information the Foreign Minister presented to Cabinet justifying the deal - and repeatedly criticised the government for its lack of transparency.

"I share many New Zealanders' concerns about the arrangements," Auditor-General Lyn Provost wrote.

She began her inquiry in August 2015 after more than 10,000 New Zealanders, and MPs, called on her to look into the deal.

It followed months of media reports, that slowly uncovered the full extent of the millions of dollars the government has given to a disgruntled billionaire Saudi sheikh, Hamood Al-Khalaf.

He felt he'd been misled about the resumption of live sheep exports and was using his influence with Saudi politicians to block the progress of a free trade deal with the Gulf States.

First it was revealed the government had built Al-Khalaf a $6 million agrihub on his farm in the Saudi desert to placate him.

Then, it had also given him $4m cash.

The public became increasingly incredulous when it was discovered the government had also spent $1.5m hiring a Singapore Airlines plane to fly 900 heavily pregnant sheep to the Saudi desert - where nearly all their lambs immediately died.

The government still plans to deliver him an abattoir.

Opposition appalled - but no corruption found

As the details of the Saudi sheep deal emerged, opposition politicians were appalled.

Labour said the $4m cash payment amounted to a facilitation payment, which it said was akin to a bribe.

The Auditor-General this week shot down those serious allegations - finding Mr McCully had not acted corruptly.

"We did not find any evidence that any minister or official ... had an improper motive, intentionally or otherwise acted against the law, or obtained a private gain."

But Ms Provost also made it clear that it was Mr McCully's "lack of transparency" that created the environment that allowed these claims to flourish.

The report was equally damaging to the government's claims that it had to do the deal because Mr Al-Khalaf could have sued it for up to $30m,because the former Labour government had misled him.

"We saw no evidence of internal or external legal advice being sought on the extent of the legal claim for compensation from the Al-Khalaf Group against the government," the report said.

It noted that the sheikh's Australasian representative indicated the Al-Khalaf Group could seek financial compensation of $24 million.

But that same representative told The Nation they never had any intention of suing the government.

The Auditor-General believed both Labour and National governments (between 2003-2009) provided "mixed messages" about the resumption of live sheep exports to Saudi Arabia.

The report was especially scathing of the information Mr McCully took to Cabinet in 2013 justifying the deal, saying:

Mr McCully said he would take the criticisms on the chin.

"The word 'problematic' is the word that was used by the Auditor-General and I acknowledge that, I would simply say that I didn't have many non-problematic options available," he said.

Yet, the Auditor-General "did not find evidence" of any analysis of other options.

It is still not clear what, if any, benefits have been delivered from the Saudi sheep deal - while it appears to have placated Mr Al-Khalaf, a free trade deal with the Gulf Cooperation Council still has not been signed.

And it was clear the export of sheep remained a sensitive diplomatic issue. When Mr McCully met with Saudi deputy crown prince Mohammed bin Sultan in April this year, he updated him on "progress in resolving the live sheep issue".

New Zealand's reputation for transparency and animal welfare have unquestionably taken a hit and it is clear Cabinet made a decision to spend millions of dollars of taxpayers' money on a controversial project based on poor and incomplete information provided by Mr McCully.

It may not have been corruption, but the decision to spend so much money on a Saudi billionaire's farm in the desert has resonated poorly with the public.

And this week's report will not change the view of many that the Saudi sheep deal stinks.