A report on the government's Saudi sheep deal by the Auditor-General has found no evidence of corruption, but has heavily criticised government processes. 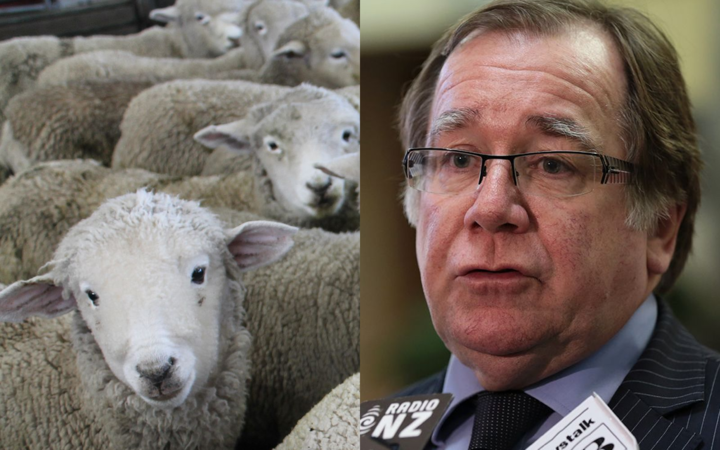 The controversial deal saw the government give more than $11 million in cash, livestock and agricultural equipment to a Saudi livestock importer.

The government was attempting to appease businessman Hamood Al-Khalaf, who held a grudge and who was blocking a free trade deal with the Gulf States, because New Zealand had banned live sheep exports due to animal welfare concerns.

One part of the elaborate deal saw the government fly 900 pregnant sheep from New Zealand to the Saudi desert, where many of their lambs immediately died.

The report - released by Auditor-General Lyn Provost this afternoon - found there was no evidence that any corruption had taken place.

"The payments did not amount to bribery or facilitation payments. Instead, they were made as part of a legally valid contract for services. Public money was spent within the necessary financial approvals."

However, Ms Provost said she found "significant shortcomings" in the paper put to Cabinet in support of the deal.

"The contract's benefits to New Zealand were unclear in the Cabinet paper, the business case, and its subsequent implementation.

"It is not clear on what basis the amounts paid to the Saudi Arabian investor's company under the contract were arrived at."

Ms Provost said settlement of a grievance was provided under the guise of a contract for services.

"The Saudi Arabia Food Security Partnership was the result of a need to resolve a diplomatic issue and, in the view of ministers, to settle a Saudi Arabian investor's grievance.

"The situation was complicated by views about live sheep exports. The contract does not outline those different policy objectives or the complexities. Importantly, the contract does not specifically reflect the settlement component relating to the grievance.

"This lack of transparency, both at the time of the decision and subsequently, has led to the concerns from the New Zealand public about the nature of the payments made.

"To date, explanations from ministers or officials have not resolved those public concerns. Without transparency, people will speculate."

She said the report was an opportunity for the complete story to be told.

More than 10,000 people signed a petition asking the Auditor-General to investigate after details of the deal became known - and Labour and the Greens also called for an inquiry.

Ms Provost has been investigating since August last year.

Foreign Minister Murray McCully welcomed the release of the report.

"The government was faced with a situation that carried diplomatic, economic and legal risk. It required a creative solution that demonstrated good faith and a willingness to move forward to the Saudi party.

"We are confident that the Food Security Partnership is meeting its objectives and has removed a major obstacle holding New Zealand back in the Gulf, as well as opening up opportunities for New Zealand companies in the region."

"This was a complex issue which had developed over years, and I acknowledge that greater clarity around the rationale for the partnership could have been provided."

Mr McCully said he was confident the deal removed a major obstacle holding back progress on a free trade deal.

"She's made the comment that the use of a contract for services was a problematic way of approaching this, and I acknowledge that. But actually there weren't any non-problematic options available to us."

"The fact that he can claim exoneration, because he isn't guilty of the crime of corruption, is no defence. Is the bar so low in New Zealand that, for a minister to be kicked out, he has to be in the dock for a crime? I mean, this is amoral."

2007: The Customs Export Prohibition Order bans the export of livestock for slaughter, unless the Ministry of Agriculture and Forestry Director-General grants an exemption.

2012: Foreign Affairs Minister Murray McCully and Sheikh Hamood formalise a "spirit of partnership" between the ministry and the Al Khalaf Group.

2013: The government makes the "sheep deal" with Saudi Arabia. It agrees to make a $4m payment to Sheikh Hamood's Arabian company and to provide $6m of services from local companies.

2014: Saudi Arabia and New Zealand sign a protocol on exporting live sheep for breeding, not slaughter. Cabinet approves a further $1.5m payment to airfreight 900 pregnant ewes to Saudi Arabia. A significant number of the lambs die after birth.

- Source: Officer of the Auditor-General / RNZ