Fijian Prime Minister Frank Bainimarama says it is time to let bygones be bygones, after his first formal diplomatic welcome in New Zealand in 10 years.

And his sentiments appear to be echoed by Prime Minister John Key, who said it was time to move forward despite lingering concerns about democratic freedoms. 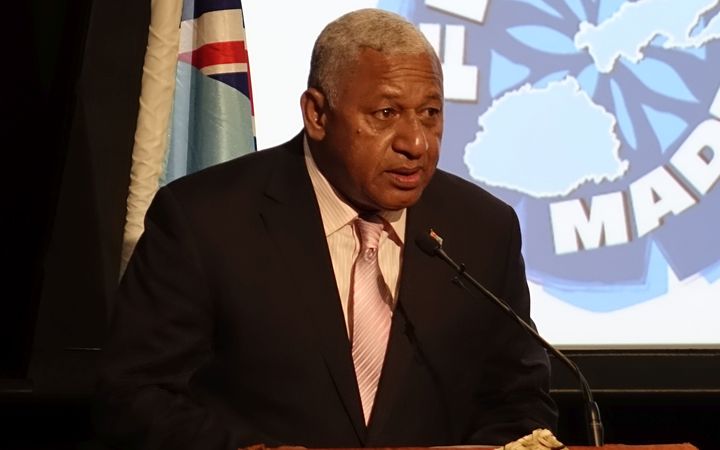 Fiji's PM Frank Bainimarama, in Auckland, said he wanted to take the relationship with New Zealand to "another level". Photo: Alex Perrottet / RNZ

Mr Bainimarama was formally welcomed to this country today for the first time since he came to power in a coup in 2006.

After a ceremony at Government House in Auckland, including a wero, pōwhiri, and military inspection, he held bilateral talks with Mr Key.

Speaking at a news conference afterwards, both men emphasised the improving relationship between the two nations and said they wanted to improve the ties that have been strengthening since Fiji held an election in 2014.

Mr Bainimarama said he was encouraged by the positive nature of the meeting.

"I am very pleased that the Prime Minister has agreed with me to take the relationship to another level, a relationship where we let bygones be bygones and work closely together to advance the interests of Fiji and New Zealand's peoples," he said. 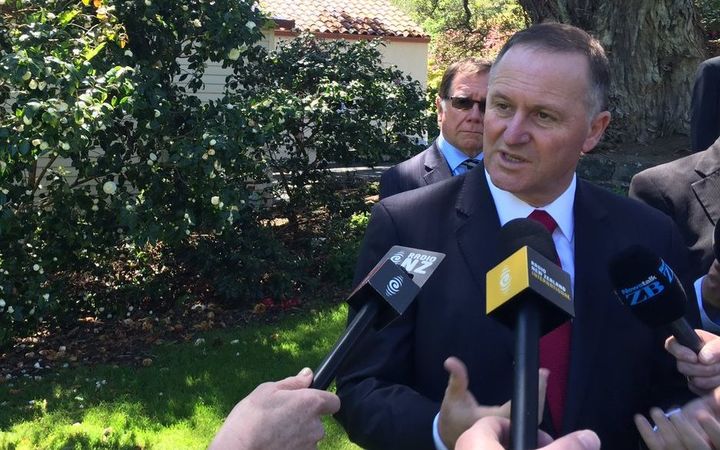 He said the pair had always been the "closest of friends" at a personal level and it was time to take that to the political and diplomatic level.

Media at today's talks had been told they would not be able to ask Mr Bainimarama questions.

When challenged about that, he did take some questions but dodged the answers.

Speaking to journalists later, Mr Key acknowledged the government still had concerns about freedom of the media and human rights but it was encouraging that Mr Bainimarama had lifted a ban on several New Zealand journalists coming to Fiji.

He said he had talked to Mr Bainimarama about that and told him it was in the best interests of Fiji to have a free media even if you didn't always like what was said.

Addressing Mr Bainimarama's claim that the men were close friends personally, Mr Key said though he did not know Mr Bainimarama that well until recently, he thought he was referring to the tremendous friendship between New Zealand and Fiji. 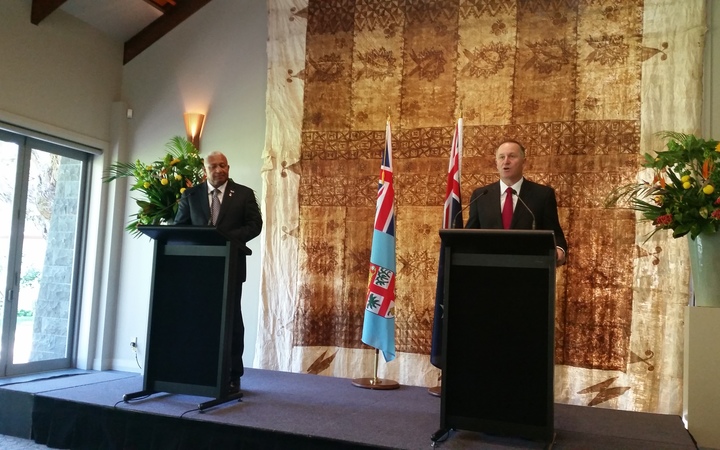 "There's been a troubled period. I think both sides have agreed, look, let's look forward. It's always a lot more fun looking at the front window than the rear vision mirror and I think that will serve both sides best," he said

Mr Bainimarama was also set to meet with Labour leader Andrew Little in the afternoon, lay a wreath at the Auckland War Memorial Museum, watch a Fijian community rugby sevens competition in Otara and go to tonight's Bledisloe Cup game.

A former Fiji MP, Tupeni Baba, said the visit was a PR move by Mr Bainimarama to shore up support for his party at the next election.

Mr Bainimarama seized power in Fiji in a coup in 2006. He made his first trip to New Zealand as the country's head of state in 2014, after he was elected.

Last weekend he lifted bans on three New Zealand and Australian journalists, allowing them to travel to the country for the first time since the coup.

However, opposition parties were urging him to lift all travel bans imposed.

Mr Bainimarama said last month that New Zealand was too "high-handed" after Mr Key criticised the arrests, saying of the government "they've got the support of the country and don't need to do anything particularly silly". 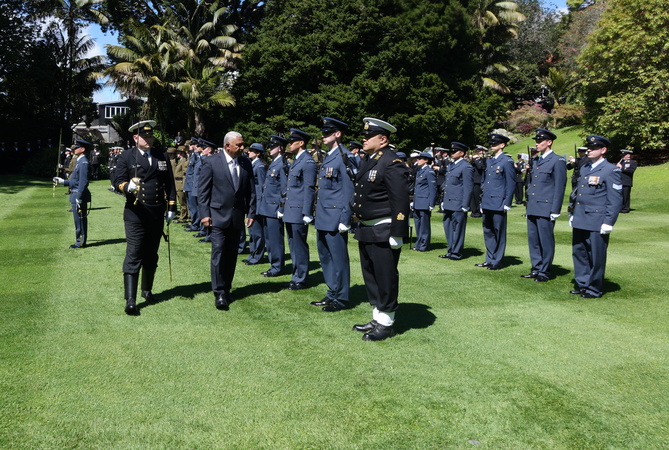