The number of people cleared to settle in New Zealand is still likely to increase over the next year, despite tougher new requirements for getting residence under the Skilled Migrant Category. 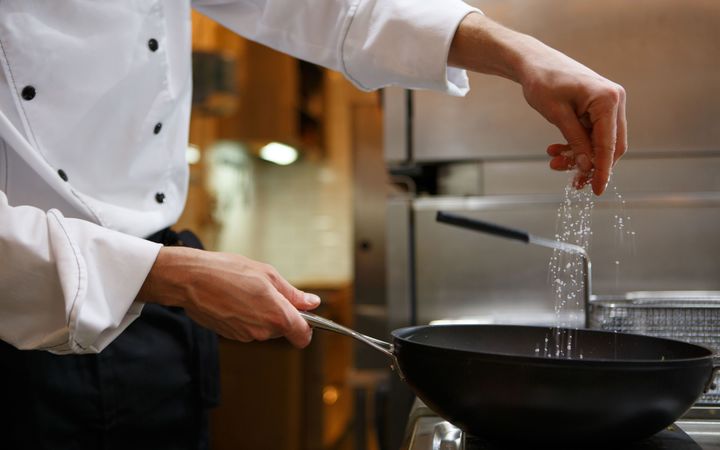 Chefs are expected to be among those most affected by the new immigration rules. Photo: 123rf.com

Last week the government announced it was cutting its planning range for new residents by 5000 over two years, including cuts to numbers in the Family Category and a new requirement for those in the Skilled Migrant Category (SMC) to get 160 points for residence, up from 140.

Cabinet papers have revealed just over 52,000 people were granted residence last year - with the Skilled Migrant Category making up about 60 percent of those numbers - while 54,000 have been forecast for this year.

In the documents, officials noted it would take some time for the policy changes to kick in, so numbers were likely to be unaffected for some time.

The three occupations most likely to be affected by the points increase were chefs, retail managers and restaurant managers, according to the papers.

Tourism Industry Aotearoa said those changes would make it harder for hotels, restaurants and cafes around New Zealand to maintain a quality customer experience.

"It is disappointing the government went ahead with this change, despite advice from officials that two of the most affected occupations would be chef and café or restaurant manager.

"We agree that New Zealanders should be first in line for jobs in the hospitality and tourism sectors, but there simply isn't an adequate supply in many parts of the country," said Mr Roberts.

Other occupations that tended to result in scores less than 160 points, and so could miss out on residency, included ICT workers, carpenters and aged care nurses.

Immigration Minister Michael Woodhouse was advised by officials that while the broader changes would send a message the government was "managing immigration numbers", there was a risk an ongoing reduction in SMC numbers could put pressure on other categories.

"For example, temporary visas or Partnership Category, as temporary migrants will be likely to look for alternative pathways," the advice said.