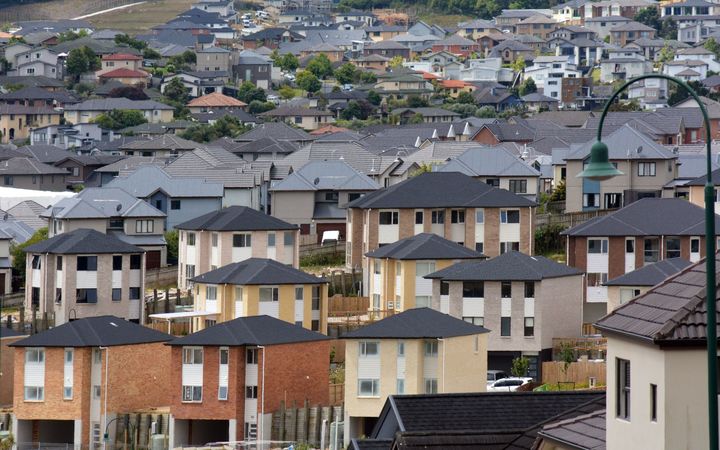 Documents show Treasury told the government infrastructure funding would not houses prices in Auckland in the short term. Photo: 123rf.com

But newly released documents show Treasury told the government a month before the announcement that while infrastructure funding was a constraint, overcoming it would not ease Auckland's short-term house price pressures.

The Treasury's cabinet paper said there was a risk other challenges like planning barriers would not be addressed by the fund meaning housing developments would not happen any faster as a result.

Ministerial advice also said projects brought forward by the fund were unlikely to result in more houses in the short term.

The Labour Party said the fund was hastily cobbled together.

Labour's housing spokesperson Phil Twyford said the time between the policy's proposal and public announcement was a month, which was unusually fast.

"We can see from Treasury's advice that they had major doubts about whether this was a worthwhile initiative.

"They point out that it would be unlikely to deliver any new lands for housing development [for] five to seven years," Mr Twyford said.