A higher tax take has seen the government's budget surplus quadruple to $1.8 billion in the year to June. 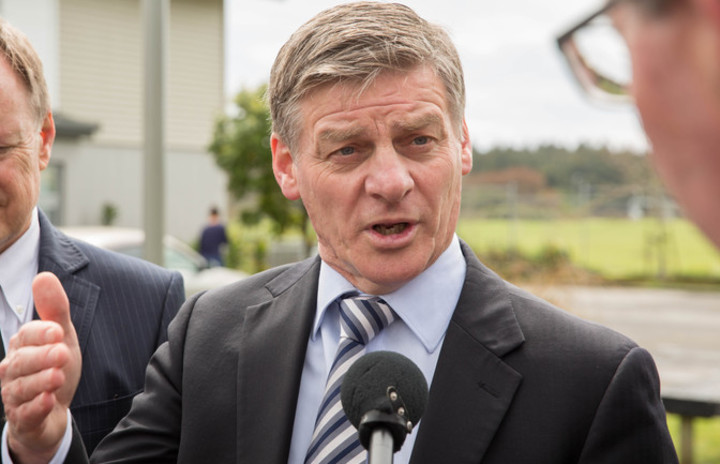 The operating surplus, which excludes investment gains and losses, compares with a $414 million surplus in the previous year and May's Budget forecast of a $700 million surplus.

Finance Minister Bill English said the New Zealand economy had made "significant progress" over the past eight years.

"This delivers more jobs and higher incomes for New Zealanders, and also drives a greater tax take to help the government's books."

Spending grew at a slower pace, up 2 percent to $73.9bn - or 29.4 percent of the value of the economy. This is the first time since 2006 that core Crown expenses have been below 30 percent of GDP.

"Government surpluses are rising and debt is falling as a percentage of GDP, which puts us in the position to be able to make some real choices for New Zealanders," Mr English said.

Mr English said he remained focused on reducing debt to about 20 percent of GDP in 2020, but reiterated that tax cuts were still on the table.

"If there is any further fiscal headroom, we may have the opportunity to reduce debt faster and as we've always said, if economic and fiscal conditions allow, we will begin to reduce income taxes.

"The outlook for the economy is positive, the government books are in good shape and we are addressing our toughest social problems. However we also need to bear in mind that there are a lot of risks globally and that is why it is important to get our debt levels down."

The Labour Party said the surplus had only been achieved off the back of the hard work of businesses and employees around the country.

Finance spokesperson Grant Robertson questioned whether all New Zealanders were benefiting from the improved economy.

He said the government had underfunded sectors such as health and education in the past, and Labour would like to spending in those areas to be boosted.

"It's all very well to have a surplus, but if there are people living in cars and garages, is that the right kind of thing for New Zealand. Now, there are choices - the government is right, they have made some poor choices up to now. What we need to see is much greater investment, in housing, in health, in education."

Greens co-leader James Shaw said there could always be more spending in areas such as police or housing, but the resumption of Super Fund contributions should also be considered.

"If money's really tight, you don't necessarily need to put them back in at the same level they were going in before, but at least starting to make those contributions. They're storing up a huge long-term problem there, by not making those contributions."

Mr Shaw said he believed the public would rather see increased social spending than tax cuts.

One of the National's support parties, the Māori Party, hoped the surplus would give the government the opportunity to spend more on areas of need, such as housing and homelessness.

"Certainly around whānau, around the issues to do with housing in particular, trying to get our people, those who are struggling a little bit, to get them some housing options that would be the key priority at the moment."