The Labour Party is backing the Children's Commissioner's challenge to reduce child poverty rates by 10 percent by the end of next year.

Prime Minister John Key has ruled it out, saying it would be too difficult to measure. 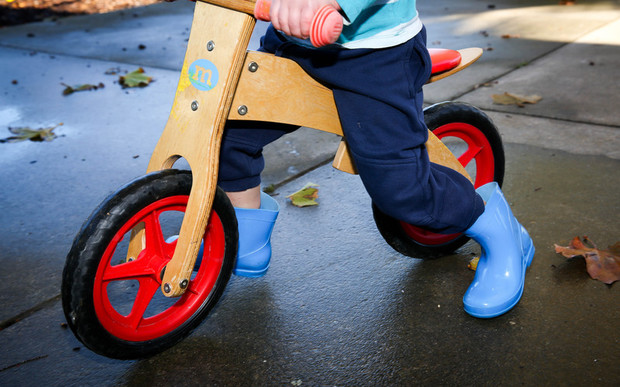 Children's Commissioner's Andrew Becroft is calling for National and Labour to work to cut child poverty by 10 percent by the end of 2017. Photo: RNZ / Alexander Robertson

The commissioner, Andrew Becroft, has been urging National and Labour to work together to achieve the change.

Mr Becroft said he wanted a material deprivation measure to be used as the official benchmark for child poverty, under which 149,000 children would be considered to be living in hardship.

The political arguments over just how many children were in poverty needed to stop and more action needed to be taken, Mr Becroft told TV show The Nation at the weekend. 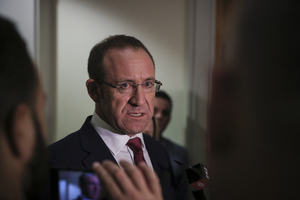 Labour leader Andrew Little said, while that measure produced a much lower number than the one Labour currently used, the time for quibbling was over.

"It doesn't matter what the measure is - let's just have one.

"And then let's just work on reducing that level of poverty, because it's wrong, it denies future life opportunities and it's something a rich country like ours ought to be able to do something about," Mr Little said.

Too difficult to measure - PM

Mr Key ruled out taking up the commissioner's challenge, saying it was too difficult to measure definitively the number of children in poverty and so a target could not be set.

Mr Key told Morning Report that the government was committed to reducing child poverty but did not want to put a particular figure on it.

It was better to focus on factors that contributed to deprivation rather than exact numbers, Mr Key said.

"Isn't it better for the government to say, 'Rheumatic fever's an issue, potentially prevalent with high levels of deprivation, and therefore let's focus on that', rather than worry too much about the individual measure of poverty?'"

Green Party co-leader Metiria Turei said it was inexplicable that Mr Key would not set a target, and described his refusal to commit to one as irresponsible.

"He may be refusing to set a target and clear measurements because he doesn't want to acknowledge the extent of the problem; that makes him a deeply irresponsible prime minister and unfit for the role," Mrs Turei said.

Meanwhile, the government has been reminded of its existing targets to reduce poverty.

Victoria University professor Jonathan Boston said the government was signed up to a target of reducing child poverty by 50 percent by 2030, under the United Nations Sustainable Development Goals it adopted last year.

"It's not a question of whether New Zealand should have targets or not, we already have them, the government has already signed up to them," he said.

"The real issue is, how are we going to deliver on those targets?"

When it adopted the Sustainable Development Goals in September 2015, the government agreed to "reduce at least by half the proportion of men, women and children of all ages living in poverty in all its dimensions, according to national definitions, by 2030".