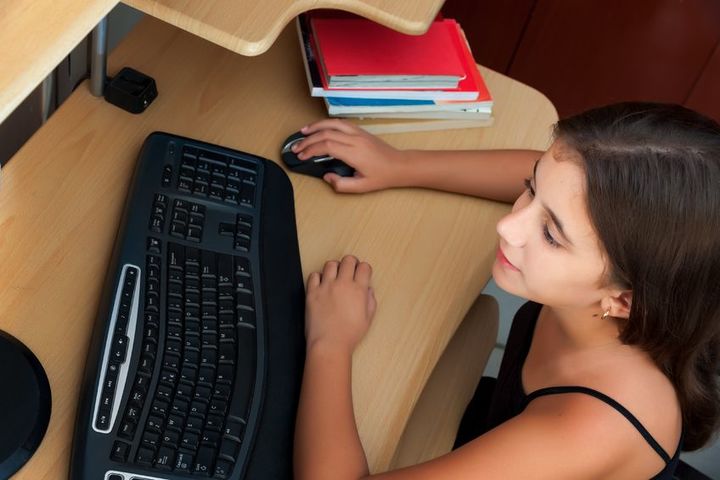 The government wants to let children enrol in online-only schools instead of going to regular schools. Photo: 123RF

In August the government announced it wanted to let children enrol in online schools instead of going to regular schools.

Documents released under the Official Information Act show Treasury has concerns over the concept of sole online education.

The Treasury report said there were risks of children underachieving and online schooling would significantly impact vulnerable students.

"A 2012 Education Review Office (ERO) review noted the challenges a distance learning model can pose for at risk students because they lack the skills and motivation to work by themselves," the report said.

"A forthcoming Treasury report on Māori student achievement notes that Te Kura can offer pathways into tertiary, but is also used as a 'parking space' until students can leave school or another option opens."

Course completion rates were consistently lower for distance learning than face-to-face, it said.

The proposal had the potential to enable greater tailoring to student needs and improved transitions between schooling and tertiary education, but a lot of work on the policy was still required, the report said.

"The idea that kids could stay at home and enrol in an online school and never go to a regular school is a bridge too far - there is no evidence to show that it will work, in fact the Treasury has serious concerns about it," he said.

"There are great online resources that are already being used but research shows children at correspondence school do not achieve at the same level as children in normal schooling."

The government needed to come up with a model which supported the best outcomes for children, Mr Hipkins said.

The current model would not if the research the government had been presented with was anything to go by, he said.

But acting Education Minister Anne Tolley said the Treasury report was authored very early on in the development of the online schools proposal.

The report raised concerns in relation to the US online charter school model, which the New Zealand government was not using as its basis, she said.

"We have also since clarified with Treasury officials that the [online schools] framework will not come into force until the end of 2017 ... to allow the first [online school] to seek accreditation from 2018," Mrs Tolley.

"This gives the Ministry of Education sufficient time to design a robust regulatory system."

The schools would have stronger safeguards and a stricter framework around enrolment, achievement and accountability than foreign models had so far included, she said.