The United Nations Security Council today held an emergency meeting as Aleppo sustained heavy bombing, with the Syrian government saying it had launched an offensive to retake rebel-held areas. 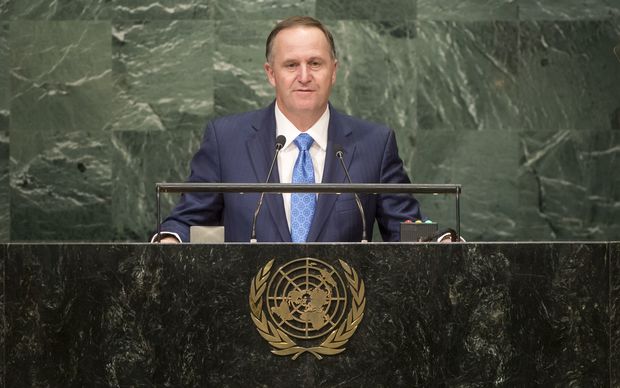 John Key delivered a speech to the United Nations General Assembly ahead of the Security Council meeting on Syria. Photo: United Nations

At the meeting, the American ambassador to the UN accused Russia of barbarism not counter-terrorism.

Mr Key, who chaired the Security Council last week, said after more five years of brutal fighting, and horrific humanitarian suffering, Syria had become the greatest crisis of our time.

"It is despicable that civilians are bearing the brunt of the renewed fighting. The immediate priority must be to stop the fighting and the targeting of civilians.

"The parties must also commit to restoring the ceasefire, delivering aid to those who need it and restarting political talks."