About 500 people, mostly schoolchildren, have gathered outside Parliament to call on the government to do more to tackle homelessness.

The hikoi was organised by the Catholic institute Ngā Whaea Atawhai o Aotearoa Sisters of Mercy, and used the rallying cry "shelter for all".

Sisters from the institute also met with Cabinet ministers Paula Bennett and Michael Woodhouse and urged them to bring an end to people living on the street, in cars, and in poor and inadequate housing. 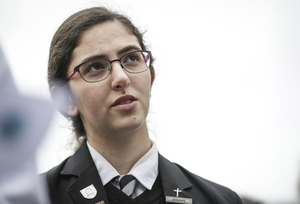 A student from St Mary's College in Wellington, Alice Tinawi, was among those who spoke at the hikoi.

"It is very easy for us to be indifferent to people on the street because it is easier to ignore them and follow the crowd," she said.

"In the words of Dumbledore, there will be a time when we must choose between what is easy and what is right."

The crowd sung waiata and petition books were presented to MPs.

The books included the thoughts and stories of people without homes from around the country.

Organiser Richard Kerr-Bell, who is a member of advisory group Te Kāhui Pou Māori, said homelessness was an important issue for everyone.

"It's not normally one reason but a complex series of things - people don't necessarily choose to be homeless," he said.

"It's also an issue that [doesn't] just affect people living on the street, but significant overcrowding, not enough affordable housing, and poor and inadequate housing." 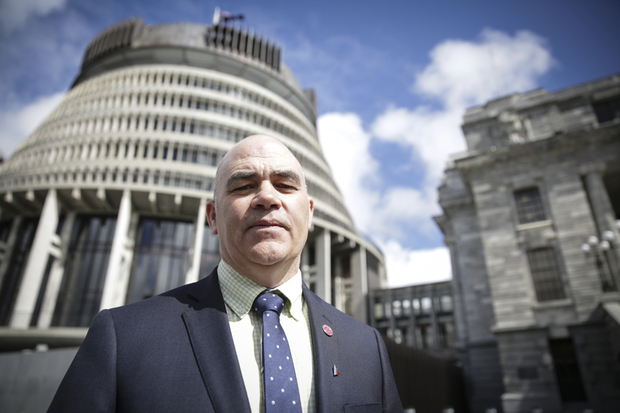 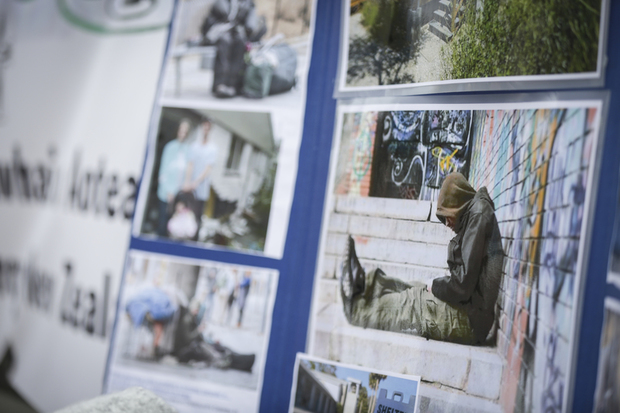 The organisers of the hikoi set up banners outside Parliament. Photo: RNZ / Rebekah Parsons-King