Prime Minister John Key will chair a second urgent Security Council meeting and push for a political solution after the Syrian ceasefire was endangered by US air strikes. 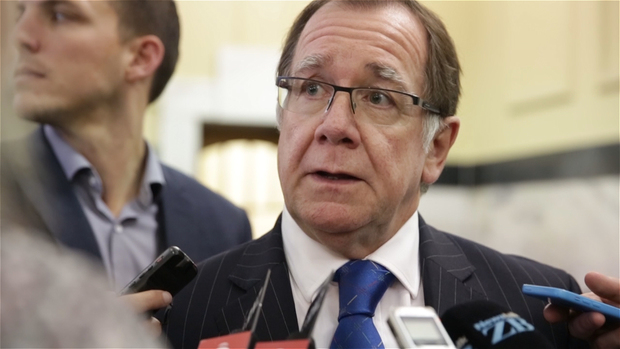 An emergency meeting was held at the UN Security Council after the United States admitted carrying out air strikes which killed dozens of Syrian government soldiers.

The US and Russia have co-sponsored a ceasefire and were looking to extend the deal, but Russia warned it was looking shaky.

At the first meeting, US ambassador to the United Nations Samantha Power chastised Russia for demanding the emergency session and accusing the US of jeopardizing the deal.

Russia said even if the bombing was a mistake, it showed Washington's refusal to coordinate its military actions with Russia.

In the conflict, Moscow supports President Bashar al-Assad, while Washington backs some rebel groups fighting to oust the Syrian leader.

Foreign Minister Murray McCully was in New York with Mr Key and said if things were not sorted quickly, it could be some time before there was another agreement.

"Given the proximity of the US presidential elections it could be many months and many more tragic deaths if we can't keep this process on the rails, so we've got to invest heavily in achieving that."

Mr Key was set to chair the Security Council meeting and push for a political solution to the Syrian crisis.

Insurgents have said they only reluctantly accepted the deal because it could relieve the dire humanitarian situation in areas they control, including in eastern Aleppo, but the agreement was now at risk after the promised aid deliveries failed and bombings continued in some areas.

Meanwhile, Australia's Department of Defence offered its condolences to the families of Syrian soldiers killed or wounded in the US-led bombing campaign.

Australian aircraft were among the warplanes that struck what were believed to be Islamic State fighting positions around Deir al-Zor in Eastern Syria.

However, shortly after the bombing started Russian officials advised the multinational Combined Air Operations Centre that the targets may have been Syrian military personnel.

The department said it would fully cooperate with a Coalition review of the incident.