The Security Council met on Saturday night after Russia demanded an emergency session to discuss the United States' admission that it carried out an air strike in northeastern Syria believed to have killed scores of Syrian government soldiers. 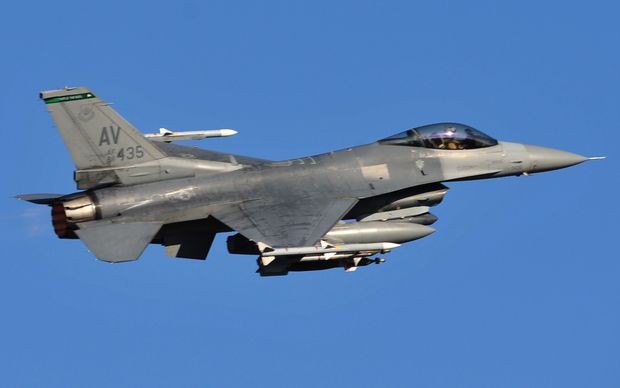 The British-based monitoring group, the Syrian Observatory for Human Rights, reported that at least 80 government soldiers died in the attack.

The attack had paved the way for Islamic State fighters to overun the position near Deir al-Zor airport, the group said.

The US military said it believed it was bombing Islamic State jihadists, but stopped as soon as Russian officials said it was hitting the Syrian military.

The Syrian army said its position was briefly overrun by Islamic State after the air strikes, but the ground had since been recaptured.

A statement from Syrian army general command said the air strike killed Syrian soldiers who had been preparing for an attack against Islamic State, and was "conclusive evidence" that the US and its allies supported the jihadist group, the statement said.

A Russian defence ministry spokesman said the attack was on Syrian troops surrounded by Islamic State fighters and was carried out by two F-16 and two A10 aircraft flying in from Iraq.

The accusation has come as fighting broke out on several fronts in Syria, testing a ceasefire brokered by the United States and Russia.

The US and Russia both say they want to extend the ceasefire they co-sponsored, but Moscow has warned the deal looks shaky. 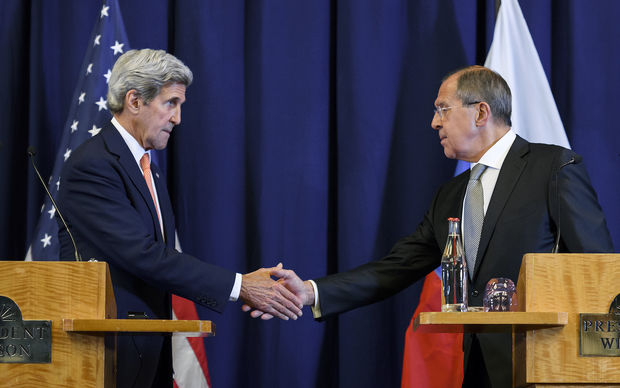 The ceasefire does not cover attacks by the US-led coalition on IS and other jihadist groups.

The 15-member Security Council met on Saturday night after Russia demanded an emergency session to discuss the incident and accused the United States of jeopardizing the Syria deal.

US ambassador to the United Nations Samantha Power chastised Russia for the move.

"Russia really needs to stop the cheap point scoring and the grandstanding and the stunts and focus on what matters, which is implementation of something we negotiated in good faith with them," Ms Power said before the meeting.

She said the US was investigating the air strikes and "if we determine that we did indeed strike Syrian military personnel, that was not our intention and we of course regret the loss of life".

When asked if the incident ended the Syria deal between Moscow and Washington, Russia's UN Ambassador Vitaly Churkin said: "This is a very big question mark".

"I would be very interested to see how Washington is going to react. If what Ambassador Power has done today is any indication of their possible reaction then we are in serious trouble," Mr Churkin said.

Syria's foreign ministry is asking the UN to condemn US aggression and require it to respect Syrian sovereignty.

Russia said even if the bombing was a mistake, it showed Washington's refusal to coordinate its military actions with Russia.

Despite the truce, no emergency aid has been able to reach about 300,000 people trapped in a rebel-held area of Aleppo.

The Syrian Obervatory for Human Rights said at least three people had been killed.

A senior rebel official in Aleppo warned that Syria's ceasefire "will not hold out", as air strikes and shelling continued in some places and promised aid deliveries failed to come through.

Insurgents said they only reluctantly accepted the initial deal because it could relieve the dire humanitarian situation in besieged areas they control, including in eastern Aleppo.

The rebel official said it was not possible for Russia to be a sponsor of the agreement while it bombed the country night and day, while on the other side America had the role of spectator.

Moscow has itself accused rebels of breaking the truce.

Russian President Vladimir Putin has said he hoped the United States would stick to its commitments on Syria, adding that he believed securing a truce in that country's conflict was the common goal of both Moscow and Washington.

The spotlight would be on Syria at the UN with world leaders gathering and the US and Russia aiming to shore up the fragile truce deal.

US President Barack Obama was also expected to push for a boost in global refugee aid.

Some 135 heads of state and government and dozens of ministers were expected to attend the 71st UN General Assembly in the coming week.

He said major countries with influence had a duty to use their influence and seize this latest opportunity to pursue a political solution.

Members of the International Syria Support Group, which includes Russia and the US, were likely to meet on the sidelines.

The Security Council, being led by New Zealand for the month of September, was also due to hold a high-level meeting on Syria on Thursday.