While an inquiry into gastric illness in Havelock North will not consider legal liability, charges are still possible, Prime Minister John Key says.

The government has outlined the parameters of its inquiry into the contamination of the Hawke's Bay town's water supply.

The inquiry was ordered after an estimated 4100 people in the town were hit by gastric illness, with about 500 cases now confirmed as due to campylobacter.

The investigation would look at engineering, catchment and infrastructure issues as well as aquifer management and resource consenting processes.

Mr Key said the draft terms of reference had been deliberately made very broad.

"The inquiry will look at how the Havelock North water supply became contaminated, how this was subsequently addressed and how local and central government agencies responded.

"It will also look at what lessons and improvements can be made in the management of water supply in Havelock North and, more broadly, across New Zealand."

The terms of reference would be finalised once the government appointed someone to head the inquiry, Mr Key said. 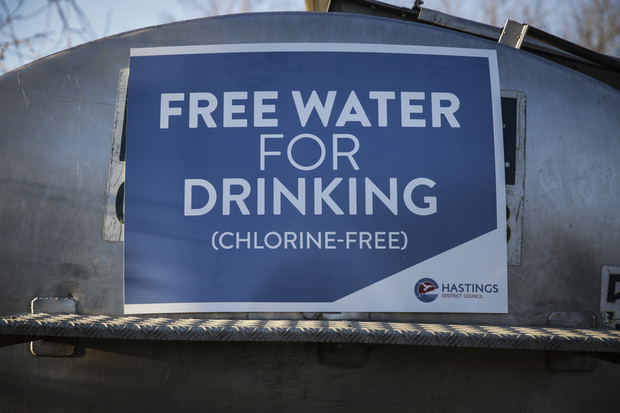 The inquiry would not consider or determine any kind of civil or criminal liability.

But Mr Key reiterated what he told RNZ this morning - that charges could still be laid by the police or another body if they decided to do so.

"We don't know the cause of contamination so therefore we don't know whether any civil or criminal charges could follow, but by definition they don't happen by inquiry, per se, they happen because the relevant agencies decide that there should be action taken."

He said the sort of agencies that could prosecute - if it was deemed relevant to do so - included the local council or police.

"But we're quite a long way away from that. I'm just simply saying everything's on the table, it's a proper inquiry, and we'll see if any information comes to hand."

Mr Key was asked whether Cabinet would consider a second inquiry if it was found the contamination was a result of intensive farming.

He said Cabinet did consider whether or not to do the inquiry in two parts, but then decided the terms of reference were wide enough to allow the panel to come up with some conclusions.

"The only point I'd make is just that while there has been some intensification in farming in New Zealand, without doubt in recent time, that's been happening for a long period of time - we haven't seen these issues anywhere else.

"Some of the early advice we've had ... is that apparently there isn't a huge amount of intensification around these particular bores ... but all of this will come out in the inquiry."

Once completed, the report would be delivered to Attorney-General Christopher Finlayson.

"It is important that New Zealanders have confidence in the quality of our drinking water, and the independent inquiry will ensure we have a clear understanding of what happened in Havelock North," Mr Finlayson said.

He said the inquiry would be undertaken under the Inquiries Act 2013.

"This will ensure it follows a clear statutory process and will have a range of powers such as the ability to call witnesses."

Cabinet would decide who would lead the inquiry over the coming weeks.