The government is failing to properly vet people before they come to the country, with hundreds claiming asylum after arriving on work and student visas, New Zealand First leader Winston Peters says.

Figures obtained by Mr Peters show that in the past seven years nearly 1600 people have arrived in New Zealand on a range of work, student and visitor and other visas and then claimed asylum.

He said these people are not coming to the country through the United Nations refugee channel.

"That's almost 1600 people that got in under National, who the officials knew were making applications that were not genuine - that after they got here they were going to seek asylum or refugee status.

"You've got confirmation of people who are cheating our refugee policy and our immigration system and with officials knowingly doing it," Mr Peters said.

The government has no idea who is entering the country, Mr Peters said.

However, Immigration Minister Michael Woodhouse said there is no cheating going on, and that these people are convention refugees. 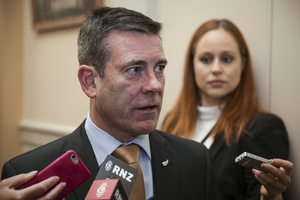 "These are people who claim asylum either at the airport or after arriving here on a visitor or student visa for example, they have rights under the 1951 Refugee Convention to do so."

Mr Woodhouse said officials did their best to ensure people who are being issued visas, or were seeking asylum, were legitimate.

"If, for example, there was a student or a visitor from a country where the political situation changes significantly, it may be a perfectly legitimate claim to make.

"But as I say, overwhelmingly those claims are checked and declined," Mr Woodhouse said.

"It's certainly a significant improvement in the time that we've been in government, it's significantly down on the numbers that occurred when he was the Minister of Foreign Affairs - and he should go back and take a longer term view of that trend." 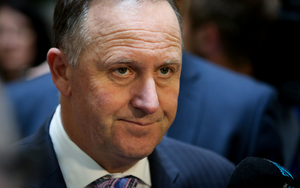 "What I do know, on the advice of the Minister of Immigration, is that the numbers are significantly less under this government than when the member was a Minister."