A declaration by the Green Party that Auckland house prices should be deliberately dropped over the longer term has been met with strong resistance from its political ally, Labour. 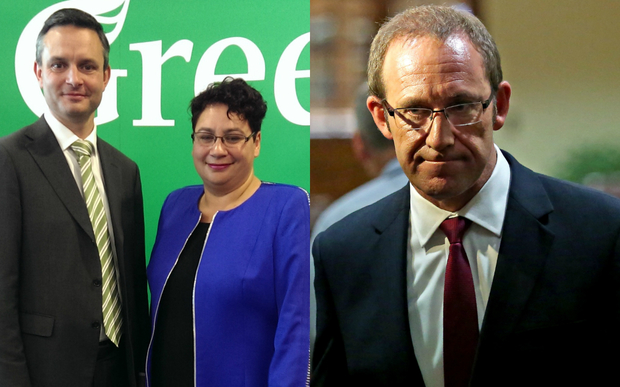 Green Party co-leader Metiria Turei has said prices should be gradually lowered by up to 50 percent over a number of years, in order to avoid a market crash.

"It's not going to happen under the next Labour-led government.

"Our plan is about stabilising house prices by building more affordable homes, and then secondly by taking the overseas speculators out of it by putting restrictions on non-resident foreign buyers."

Labour and the Greens recently struck a co-operation agreement including a no-surprises policy but Mr Little said Ms Turei had not raised any plan with him, or others in the party, to deliberately push down house prices.

"We're two parties with independent views, they haven't been discussed with me but we have a very clear plan, it is not about crashing house prices... We don't want to cause undue economic harm to those who have in good faith bought properties, entered into mortgages, that's not a responsible approach."

But Ms Turei defended the party's stance, saying everybody knew housing was unaffordable and there was a bubble in the market.

"So let's be responsible and make sure there isn't a bust of that housing bubble - the only way to do that is to have a plan that looks at bringing house prices down over time, and that involves cooling the housing market currently with things like a capital gains tax, restricting overseas purchasing, getting rid of the tax exemptions for investors."

A significant building plan in the future would go alongside all of that, she said.

Too late to stop a crash - New Zealand First

Ms Turei said the Greens were not trying to alarm homeowners.

"Homeowners shouldn't be frightened by this now, I think people can see, even those of us who own our home now can see that our kids are locked out, our grandkids are potentially locked out and we want home ownership and stable housing to be a legitimate thing for our kids and for our grandkids.

The Greens were looking at a long-term plan, she said.

"It's not going to have an immediate effect on peoples' property values at all, and the whole point is to prevent an immediate impact on house values right now because we don't want there to be the risk of a crash or a bust."

But New Zealand First leader Winston Peters said the government had refused to stop overseas investors from driving up prices and a crash was now inevitable.

"There will be a burst in the house price bubble, and the correction will happen regardless.

"The sad thing about that is so many people, in fact hundreds of thousands, will be challenged for the remaining equity they have, or no equity at all, as a consequence of them being over-geared in the first place."

Mr Peters said it was therefore "hardly an epiphany" from the Green Party, and it should look at its own policies allowing mass immigration.

"When New Zealand First said this is going to be a disaster we were accused by them of being racist and xenophobic - and you can't have it both ways."

Ms Turei acknowledged the intention to deliberately drive down prices was unlikely to be popular among other politicians.

"Nobody else has really been brave enough to say that house prices need to come down, even though everybody thinks so, so let's just confront that directly. We all want housing to be more affordable for all of our families so let's be upfront about what that looks like.