Foreign Minister Murray McCully has declined to apologise to two former employees of the Ministry of Foreign Affairs and Trade, who were singled out by a leaks inquiry later ruled unfair. 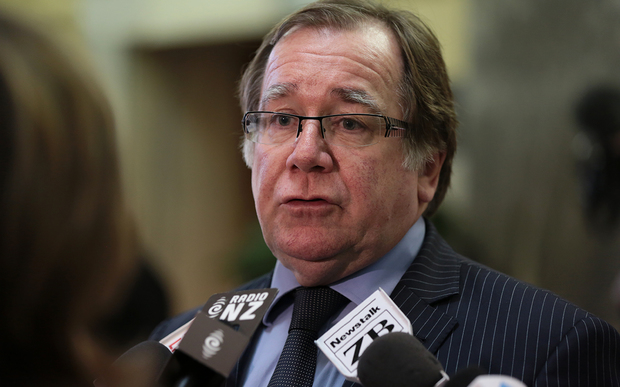 The 18-month inquiry, over leaks to Labour on the restructuring of the ministry in 2012, singled out Derek Leask and Nigel Fyfe and said they had opposed the restructure.

Mr Leask complained to the Office of the Ombudsman over the State Services Commission's handling of the $500,000 investigation, which was led by Dame Paula Rebstock.

In a report released earlier this month, Ombudsman Ron Paterson criticised the inquiry, saying it was flawed and unfair, and caused significant damage to the reputation of a former diplomat and senior public servant.

Professor Paterson recommended the State Services Commission offer a public apology to Mr Leask, reimburse him for actual and reasonable expenses, and compensate him for harm to reputation.

During an appearance at the Foreign Affairs Defence and Trade Select Committee, Green MP Kennedy Graham asked Mr McCully if the report highlighted issues of procedure, or mistakes of substance.

Mr McCully told the committee it was not for him to pass comment.

"The purpose of having those sorts of independent officers able to look into these matters is to ensure that free from the political process there is some element of redress.

It was unhelpful to go back and dwell on the events that led to the report, he said.

"It's arrived and we should just accept it."

He pointed out the report's recommendations were made to the State Services Commission, not MFAT.

Labour's David Shearer put it to the minister that, as two highly-regarded former MFAT employees, the ministry would be likely to make some comments in their support.

Mr McCully replied he did not want to "open old wounds" by going down that path.