The State Services Commission concedes the way a former diplomat was treated during an investigation could have been better.

The Ombudsman has ruled the commission should apologise and compensate Derek Leask, who it criticised in a report into leaks he was not responsible for.

The former Ministry of Foreign Affairs and Trade senior advisor complained to the Ombudsman's office over how the State Services Commission handled an inquiry, led by Paula Rebstock, into leaks in 2012.

The 18-month inquiry, over leaks to then-Labour foreign affairs spokesman Phil Goff on the restructuring of MFAT, singled out Mr Leask and colleague Nigel Fyfe and said they had opposed the restructure. 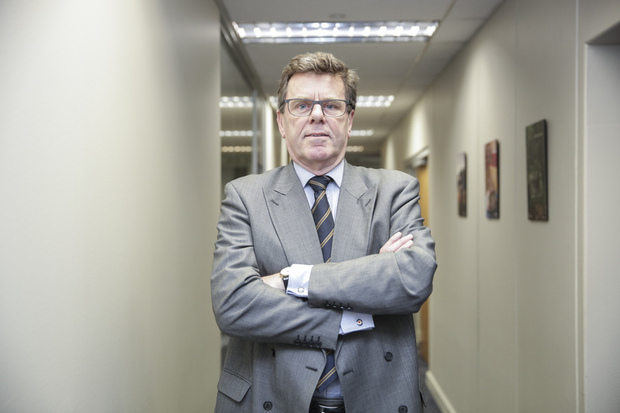 Derek Leask said his long fight has been worth it. Photo: RNZ / Rebekah Parsons-King

It said Mr Leask and Mr Fyfe had lobbied chief executives of other agencies, including then-Department of Prime Minister and Cabinet chief executive Maarten Wevers.

The Ombudsman has ruled the finding was outside the inquiry's terms of reference and that Mr Leask was not responsible for the leaks.

However, he said he didn't agree with all elements of the Ombudsman's findings, in particular, that the investigation went outside its terms of reference.

"Terms of reference for investigations need to be specific enough to give clarity to all involved, while giving enough scope for the investigator to pursue information and lines of inquiry that present themselves during an investigation," Mr Rennie said.

"Dame Paula's investigation covered a broader range of issues, including the conduct of public servants and the secure handling of information. From my perspective those findings have not been called into question," he said.

The Ombudsman said the report caused significant damage to Mr Leask's reputation and resulted in serious, unwarranted and adverse professional, personal and financial consequences for him.

Mr Leask said it had been a long fight, but it was worth it.

"The 2013 findings against me and against other MFAT staff have been rubbished. It is good to have the slur on my reputation removed. Today's findings by the Ombudsman go beyond the vindication of my actions," he said.

Neil Walter was the chief executive of the Ministry of Foreign Affairs and Trade from 1999 to 2002. He was disappointed by the response from the State Services Commissioner, he said.

"The criticisms levelled by the Ombudsman were very serious and they don't seem to have actually been taken that seriously by the State Services Commissioner who continues to protest that this inquiry should have taken place and doesn't seem to resile in any way the unjust findings that it produced," Mr Walter said.

Mr Rennie steps down as the State Services Commissioner when his term ends at the end of June.

He still had confidence in the State Services Commissioner and Ms Rebstock as the author of the report, he said.

"The author of the report has done a lot of work for the government before and, in my experience, thoroughly experienced in what they'd done. Obviously the Ombudsman has found some areas of concern, they'll need to be addressed," Mr Key said.

"But as a general rule, again, we do have confidence in the State Services Commissioner."

Labour MP Phil Goff said the Rebstock inquiry caused a great deal of hurt and was a colossal waste of money.

"We wasted half a million dollars on that, but worse still, we put two very decent competent people through the mill, damaging their reputation and putting their families through hell.

"None of that was justified and demands genuine apologies from the Minister, the State Services Commissioner and Paula Rebstock," Mr Goff said.