The way has been cleared for Paula Rebstock to finish her report into who leaked Cabinet papers on the restructuring of the Ministry of Foreign Affairs and Trade.

The Court of Appeal has dismissed an appeal by a clerical assistant at the centre of the investigation who wanted a judicial review of the draft report. 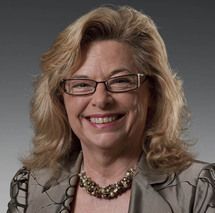 Paula Rebstock was appointed to investigate the leak after Labour Party foreign affairs spokesperson Phil Goff asked questions about the restructuring in Parliament in 2012.

Ms Rebstock reached the conclusion that the clerical assistant, known as applicant A, was the likely source of the leak.

However, applicant A argued that Ms Rebstock should not be allowed to make a finding based on strong suspicion. That appeal has failed, but the High Court's earlier suppression of applicant A's name remains in place.

The decision means Ms Rebstock can complete her final report on the matter and hand it to the State Services Commission. Commissioner Iain Rennie said if the report confirms her preliminary findings, he will apply to have the name suppression lifted.

State Services Minister Jonathan Coleman told reporters on Wednesday he wants to know the name of the person suspected of leaking the report.

"It's been a long-running case, it's cost a lot of public money. People need to have confidence that when papers like this are lifted, they need to know what's absolutely happened. I would be interested to know who did that."