The government now says its 90-day trial period was never about increasing the number of jobs in New Zealand.

That is contrary to statements it has been making about the controversial workplace policy for the last eight years.

The 90-day trial allows employers to fire employees within the first 90 days of hiring them with very little redress, and no obligation to tell them the reason.

A new report, commissioned by Treasury, has found the policy has done nothing to significantly boost employment in New Zealand or help people struggling to get a job.

It concluded the main benefit of the policy was a "decrease in dismissal costs for firms", while many employees faced "increased uncertainty" about their jobs for their first three months.

Workplace Relations Minister Michael Woodhouse told RNZ News he agreed with that finding, but added the 90-day trial was never about creating jobs.

"The policy wasn't put in place to materially increase the number of jobs in the economy... and for that reason, the report is actually of reasonably limited use in assessing the successful outcome or otherwise of the trial periods," Mr Woodhouse said.

"The policy effect of increasing the number of jobs in the economy was never a material part of the 90-day trial." 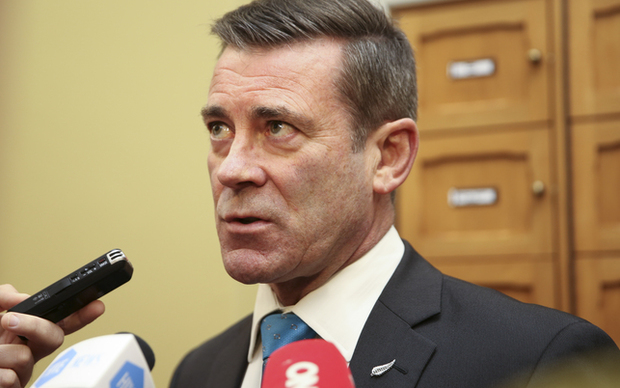 Mr Woodhouse's statements today contradict what the government told the public in 2008.

In a media release titled "90-day trial period to provide job opportunities", then-Labour Minister Kate Wilkinson said the policy would "provide confidence for employers engaging new staff" and allow "struggling job-seekers to get their foot in the door, rather than languish on a benefit".

When it extended the trial to all businesses in 2011, the minister said that was part of the government's focus on "creating more jobs for New Zealand families".

In 2012, based on a report from the New Zealand Institute of Economic Research, the government claimed its 90-day-trial period was so successful it had created 13,000 new jobs in small to medium businesses.

"I'm around New Zealand a lot, I walk into dozens of cafes and small businesses and the thing they constantly tell me is the 90-day probationary period gives them the confidence to hire extra staff," Mr Key said.

Mr Key said a lot of New Zealand businesses had a very small number of staff and hiring someone was a very big deal for them.

"So you can have a piece of academic research but it's quite different from the small cafe owner whose money is on the line, who's taking the risks and who actually relies on this kind of policy."

Green Party workplace relations spokesperson Denise Roche said she wasn't surprised at all by the findings.

"We thought right from the start that it advantaged employers and disadvantaged workers and that's what it's shown.

"Workers are more precarious in their jobs, they're at a disadvantage when they start anyway, because it's not an equal relationship."

"There's always been provisions for probation periods in employment law and we are happy and comfortable with that to continue," Mr Lees-Galloway said.

"But what we are not comfortable with is these fire-at-will provisions that are totally unjustified because they simply have not created new jobs."