The government has taken a "mean spirited" approach to compensating Teina Pora for his wrongful conviction and imprisonment, a lawyer says. 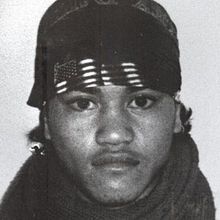 Mr Pora was yesterday awarded just over $2.5 million in compensation for his wrongful conviction and imprisonment. He spent more than 20 years in jail for a murder he did not commit.

Criminal lawyer Gary Gotlieb has been involved in Mr Pora's case and told Morning Report it has been an institutional cover up all along - and the amount being offered is another example of it.

He said the government needed to "get real" and go back and and reconsider the decision.

There was a lot of anger from the public about it, he said.

Justice Minister Amy Adams is insisting she cannot pay Mr Pora more than $2.5 million in compensation despite a former High Court judge saying she should do so.

But Mr Gotlieb said that Ms Adams could change the amount of compensation.

"The government have to fix it, it is not to late, they can do it. And Amy (Adams), don't come with this fudging and sidestepping, the short answer is you can do it, there is the power to do it and it should be done."

He said a report prepared by Rodney Hansen QC strongly suggested the compensation amount should be adjusted for inflation, with the judge saying it would be "unjust" not to do so.

The starting figure for compensation in the guidelines is $100,000 a year but the government has discretion to pay more if there were" truly exceptional circumstances", Mr Gotlieb said.

"You are not going to get a more exceptional case than this.

"It is discretionary, of course they can do it. And I'd like to know who was sitting in Cabinet and what was said, how much of it was discussed, why they came up with this nonsense not to have it at least inflation adjusted."

A prominent law professor, Chris Gallavin, said he is "absolutely disgusted" by the government's compensation offer.

He told Morning Report Mr Pora's case was the worst example of wrongful imprisonment in New Zealand's history, and the government has applied the letter of the guidelines, not the spirit.

"It is a perfunctory decision that has been made by people who I can now only question their sense of justice, and the Minister of Justice is at the top of that and it scares me."

Labour's Justice spokesperson Jacinda Ardern said that did not stack up.

"I did read the guidelines, it strikes me that it doesn't really preclude the ability to do what Justice Hansen recommended but ultimately it's really only ever going to be Teina Pora and his team that is going to be able to make a judgement as to whether that compensation genuinely feels like compensation."

Ms Adams said there were other factors as well, including that compensation awarded for other cases in the past were not inflation adjusted.

"Probably the most important reason is that the decision Cabinet made was whether we were still comfortable that the $100,000 per year of incarceration was an appropriate figure.

"In making that decision we were guided by a range of other international jurisdictions and the thresholds they have in place, and the New Zealand figure of $100,000, I think, sits very well inside those."

Ms Adams said she was open to reviewing the Cabinet guidelines for awarding compensation.

"That's a decision we can certainly have, but the reality is that would never have affected Mr Pora's application because his application will be dealt with on the basis of the guidelines at the time he applied.

"We are very conscious that you can't move the goal posts half way through a process."

"And for these sideline commentators to jump in and say 'it is just a straight calculation of time in prison equals the amount' really fails to understand the complexity."

She said the reference to "exceptional circumstance" related to a separate category of payment in the guidelines. 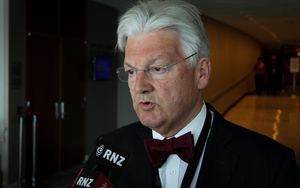 United Future leader Peter Dunne said if any of the police involved in Mr Pora's case were still serving, then action should be taken against them.

He thinks that the accountability should be automatic in cases like Teina Pora's.

"Where there's a conviction that has clearly been proven to be false then it's not just a case of saying 'terribly sorry, we'll pay you some compensation and move on', those who were responsible for that conviction or for putting forward the evidence or the case that led to that conviction have to accept just as strong an accountability."

In a statement the police acknowledged there were deficiencies in the original investigation and they had apologised to Mr Pora for those.

They said the investigation and prosecution of Mr Pora was conducted in good faith.

Ms Adams said in his two reports, Justice Hansen investigated at length the actions of the police in the Pora case.

"He certainly finds fault in some of the way the police handled the matter, but we shouldn't forget that he has also said that doesn't mean that the failings can be laid entirely at the feet of the police.

"There was a number of factors that led to what I see as an incredibly tragic outcome for Mr Pora and one that we are hoping we can go as far as we can to put right," said Ms Adams.