Prime Minister John Key is looking to reset the relationship between New Zealand and Fiji on his official visit to the country this week. 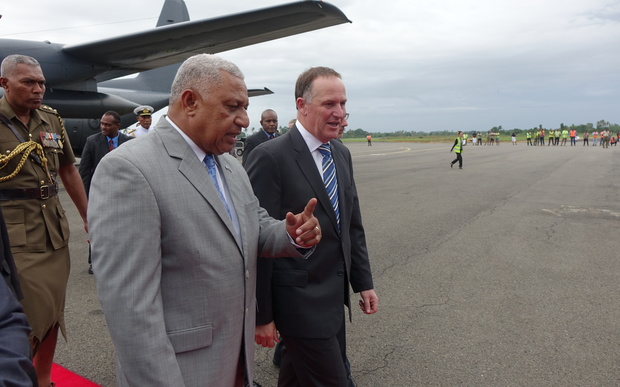 Mr Key arrived in Suva this afternoon, as the first New Zealand prime minister to visit the country since a military coup in 2006.

He said New Zealand did not regret the stance it took in the wake of the Fijian coup, which was led by Fiji's current prime minister, Frank Bainimarama.

But Mr Key said the countries had a lot in common and it was time for the relationship to move forward again.

"This is a very deep relationship, it goes back a long way," Mr Key said this evening in Suva.

"There are 50-odd-thousand Fijians that live in New Zealand that were born here, about 140,000 Kiwis a year come here for a holiday - so there have just been very long historical links and broad links in everything from sport through to the economy." 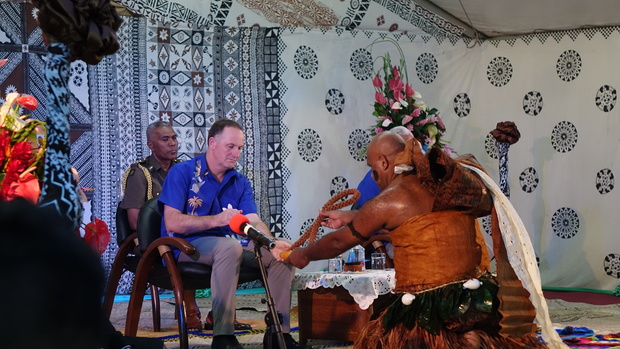 Mr Key said his priority for the meeting with his Fijian counterpart was to get the relationship back on track.

"I think the first thing is just to reset the relationship in a way. I mean, it's been a decade since a New Zealand prime minister has been here - it is an important relationship from our point of view."

Mr Key said there would be a joint announcement tomorrow on an upgrade to a double tax agreement between New Zealand and Fiji.

Mr Key was welcomed at the airport by Mr Bainimarama and a 100-man guard of honour before heading to a traditional Fijian welcome ceremony.