False statements by the government this week have jeopardised the Salvation Army's ability to work with the homeless, the organisation says. 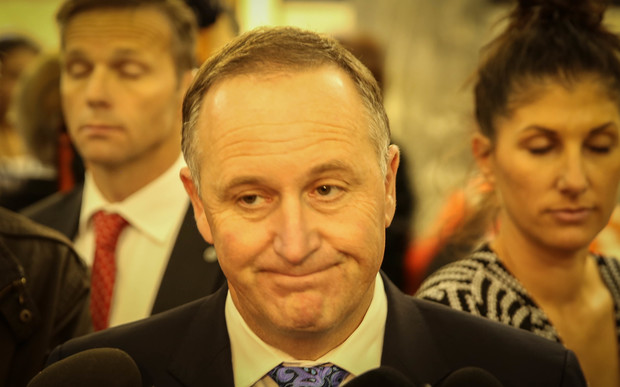 Yesterday Prime Minister John Key was talking about the "flying squad", dispatched earlier this week by the government to help the homeless, and gauge the level of the problem.

"On I think Tuesday or Wednesday night MSD and the Sallies went around and knocked on I think eight cars that they could find, all eight of those people refused to take support either from Sallies or from MSD."

However, the Salvation Army said that was not true.

Divisional commander Ian Hutson said it declined an offer by MSD officials to accompany them, as many of the people there had a deep distrust of government officials.

The Salvation Army had been working with the people in the park for four weeks building trust, he said.

"I guess the main issue here for us is re-establishing the fact that we were concerned that we would lose some of that relationship with statements like this, that it will impair the way we will be able to help the people there," Mr Hutson said.

Speaking to Checkpoint, Mr Hutson said he believed there had been some kind of miscommunication.

"We've been carefully developing relationships with people there... gaining their trust."

He said while MSD had asked the Salvation Army if they wanted to participate, they preferred working the way they were.

"That's not how we do things, we weren't involved in it.

"[The homeless are] not always confident working with bureaucracy, maybe even had some things in the past... where they haven't had a good experience or something, that's one of the main reasons why we didn't really want to go at it that way."

John Kukutai works at the Kohanga Reo at the Te Puea marae, and has been delivering food to homeless people and families living in their cars in Auckland parks.

He said government officials don't know how to approach people and make them feel comfortable so they will accept help.

Mr Hutson said people had said that they didn't want help, but he didn't believe they wanted to live in a car.

"Sometimes it's just how you go about it, what kind of help they want."

It was clear Mr Key had put the Salvation Army's working relationship with desperate families at risk, he said.

"If the Salvation Army are now saying that it's compromising their work, that's pretty disturbing because we need folks like the Sallies and the Auckland City Mission and anybody else out there helping these folks until the government gets their act together to help them," Mr Little said.

"He went out of his way to try to make these homeless people look bad by saying they declined government help - the Salvation Army has said that that's simply not true," Mr Shaw said.

"The prime minister owes those people, the Salvation Army and all New Zealanders an apology."

The prime minister's office has issued a statement saying his comments were based on advice given to him.