The agreement by the Labour and Green Parties to work together is worthless, New Zealand First leader Winston Peters says. 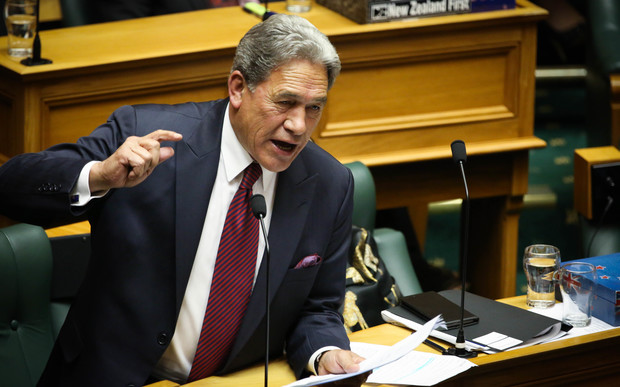 Yesterday, the two parties signed a Memorandum of Understanding (MoU) that committed them to work closer together at Parliament, and on policy or campaign announcements.

However, the MoU would only last until the election, so it would not take the shape of a formal coalition.

Labour leader Andrew Little said the party's agreement to work together with the Green Party demonstrated a real commitment to changing the government.

Mr Little told Morning Report they were still talking about tactics, but together were polling roughly five points behind National, so as a block they were very competitive.

"We've got to demonstrate to New Zealand and show publicly that we are working together, that we can work together and we are strong. We have a common objective - we have to change the government."

Green co-leader Metiria Turei told Morning Report they were a credible alternative for next year's election.

"We want to lead a government. We want to work with other parties who are committed to changing from National to a Labour-led government, and we'll be open and transparent about that with the public."

But Winston Peters has declined to say whether his party would be part of a Labour-Green government.

Economic Development Minister Steven Joyce said the government was not worried by Labour and the Greens teaming up to fight the next election.

Mr Joyce, who is also a National Party strategist, told Morning Report the two parties did not appear to have any joint policy initiatives.

He said nothing had really changed because National had always taken the view that Labour and the Greens together was what the government faced politically.

Mr Joyce said the move would not send National running to New Zealand First to try and shore up its position. 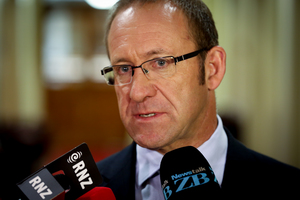 Earlier, Mr Little said this was the first step in showing New Zealand there was a stable alternative option to the current government.

"Voters want to know that there are opposition parties who are capable of working together, can work strongly together and can offer stability and certainty. And that's what this agreement is about, that's what we will demonstrate.

The issue of government formation follows once the voters have their say. We cannot get ahead of ourselves, that would be arrogant," he said.

Despite Mr Little's refusal to talk about possible future coalitions, the parties have had to fend off plenty of questions about New Zealand First.

There has been tension in the past between Labour, Greens and New Zealand First after former Labour leader Helen Clark spurned the Greens for a deal with Mr Peters in 2005.

Mr Peters said the new Memorandum of Understanding was "worthless".

He wouldn't say if his party would be part of a Labour-Green government, saying it was "mathematical crap".

Mr Little is planning on making a speech at the Green Party annual general meeting this weekend. It will be the first time a Labour Party leader has spoken at the conference.