There is still plenty of scope for New Zealand's spy agencies to be more open with the public about what they do, in order to boost public trust and confidence, says Inspector General of Intelligence and Security Cheryl Gwyn.

The Inspector General is the main watchdog for the spy agencies - she monitors their activities and their warrants and can launch formal inquiries into specific operations they have carried out.

Ms Gwyn said while the agencies were much more open than in the past, there was still room for improvement.

"Transparency and openness are crucial to building public confidence in what the intelligence and security agencies do and I think it's fair to say in the past both agencies have been reluctant to speak publicly about what it is they do.

"Certainly that's been changing over the last couple of years, but I do think that they could be more open about what they do, and they could do that without prejudicing national security."

Compared with some overseas agencies, she said, New Zealand agencies were not as upfront about their activities as they could be.

"When I look abroad and what agencies, for example in the other Five Eyes (countries), are doing, the kind of reports that their oversight bodies are producing, I see that they put out in the public domain a lot more detail about what the agencies do, about their technical capabilities and so on than we have to date revealed in New Zealand.

"Once it's out there internationally it seems to me a little artificial for we in New Zealand to be saying 'we can't talk about this' when it's easy enough for a member of the public to go online and find the kind of the information they can assume probably appears here as well." 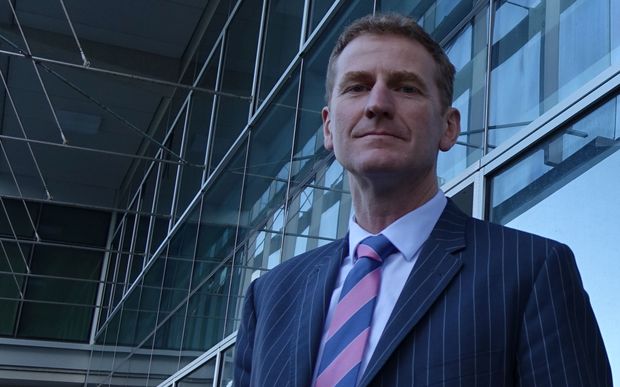 Director of the Government Communications Security Bureau (GCSB) Andrew Hampton said it was fundamental for the GCSB and the Security Intelligence Service (SIS) to talk about what they do, why they exist, and also what they do not do.

"And importantly about the checks and balances that are in place to always ensure that they always act within the interests of New Zealanders and within the law."

Mr Hampton said there was, however, always a real tension between being open, and divulging operational details.

"And it is probably different from the type of tension you would get in some other organisations.

"The test that I apply is everything that I say publicly I need to be comfortable with also saying that to someone who is wanting to do us harm, or steal our information.

"So that's why we won't get down into the detail of particular operations, particular capabilities we have, but nor can we hide behind that and say well we can't tell you anything about what we do or why we exist.

"I think those days have passed."

"I think it's legitimate that the public should know basically what are their tax dollars buying in terms of security and how that is being administered.

"Working out how much to make public is actually quite involved, some quite fine judgements and I have really been trying over the past few years to make as much information public as possible.

Ms Kitteridge said she had to think carefully about whether she was compromising operational information or capabilities, which she said she could not do.

"But I also don't think that saying nothing is an option, so you start off by saying 'well I can't say everything', about our operational work because that would completely compromise the work that we're doing.

The government is currently considering a proposal to bring both agencies under one piece of law, and to lift the restriction on the GCSB against intercepting New Zealanders' communications.

Ms Gwyn said while oversight was important, it was not a substitute for robust legislation that gave agencies clear direction about how they should be carrying out their operations.