Seafood NZ has swung into damage control mode, contacting top customers like McDonalds after revelations of fish dumping and other illegal behaviour in the sector.

Seafood New Zealand has criticised an international report by the universities of British Columbia, Oxford and Auckland as a politically motivated attempt to embarrass the government. 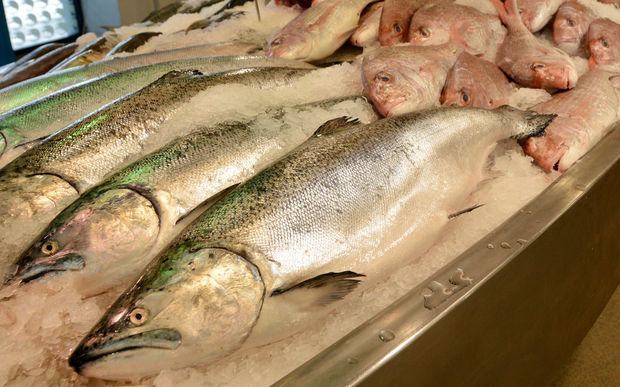 Seafood NZ say the report has been embraced by environmental NGOs and opposition parties. Photo: 123RF

Seafood NZ chief executive Tim Pankhurst said the Sea Around Us report is a highly politicised document written by "activist academics" with an anti-fishing agenda.

It's been seized upon by opposition parties and "green imperialists" who had a heads up it was coming, and who are determined to embarrass the government and weaken commercial fishing, he said.

"The report wasn't made known to MPI, and NIWA and the government, but it was discussed in the Labour caucus on Sunday," Mr Pankhurst said.

"The whole point of science is to put data before opinion, and what we're seeing here is the reverse of that."

Mr Pankhurst said Seafood NZ has been in contact with its suppliers this week, including McDonalds, because the report's claims are potentially very damaging.

"(We) issued them with the various reports and facts and so on, but we haven't had any concern made known to us by any of those outlets."

Just days after the report came out, the Ministry for Primary Industries was forced to order an independent investigation into its own actions.

One of its internal fishing investigations, Operation Achilles, was leaked showing the ministry wasn't prosecuting skippers who were illegally dumping fish on a major scale.

MPI investigators even questioned whether the ministry was perverting the course of justice.

Mr Pankhurst said he is concerned about this.

"Yes indeed, and I think any untoward activities do need to be investigated."

"The seafood industry would do better just to read the reports."

Mr Hardstaff wants the inquiry into MPI to also investigate why the death of a Hector's dolphin was never reported by the ministry.

Operation Achilles revealed the ministry knew a skipper caught and killed two Hector's dolphins in their nets - but one was floated back out to sea.

"It's been a terrible week for the fishing industry - they've been under the pump on so many of these allegations which have come through in these reports.

"When you're backed into a corner you come out swinging," Mr Tirikatene said.

And the Labour Party said it did not have a caucus meeting last Sunday.