The government plans to investigate purchasing a bulk number of electric cars in a bid to get 64,000 of them on the road in the next five years. 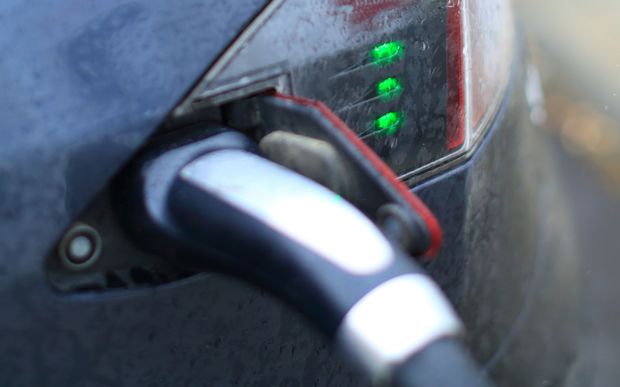 Transport Minister Simon Bridges this afternoon announced a series of measures to increase the purchase and use of electric vehicles, including making them exempt from road user charges until they make up 2 percent of all cars on the road. 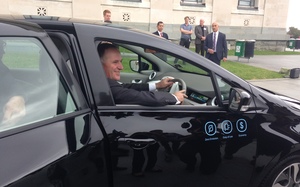 The benefits of electric cars are far-reaching, but cost and availability were preventing many people from switching, Mr Bridges said.

At the moment there are only about 2000 electric vehicles, but the government said it aimed to double that year-on-year until 2021.

Prime Minister John Key, who took an electric hatchback for a spin at the policy launch in Auckland, said he hoped the changes would help thousands more people behind the wheel of an electric car.

"The logics of these cars are very compelling - you can fill them up for 30 cents a litre, it's a beautiful car to drive, it was incredibly quiet - and you can just imagine them being the car of the future."

They would make increasing economic sense as the price came down over time, Mr Key said.

The government will investigate bulk purchasing for government and private sector fleets, to build demand that will bring the cars to New Zealand at a more competitive price.

But the plan got a red light from Green Party transport spokeswoman Julie Anne Genter.

"Their policy is allowing electric vehicles to use bus lanes, which will seriously disrupt public transport services in our most congested cities, but there's no new tax breaks for electric vehicles," Ms Genter said.

She said that meant only a small number of people would be able to afford the cars.

No new tax breaks to make e-cars more affordable, but those who can afford them can now drive in bus lanes. #wtf @TransportBlog

The government should instead have removed the fringe benefit tax on electric vehicles, which would make it much more attractive for companies to replace their fleets, she said.

Mark Stockdale from the Automobile Association said the idea of letting electric cars use bus or special transit lanes could be the game changer.

Other motorists seeing electric cars freely moving in bus lanes would be an incentive for them to go and buy one as would special parking rates for electric vehicles. 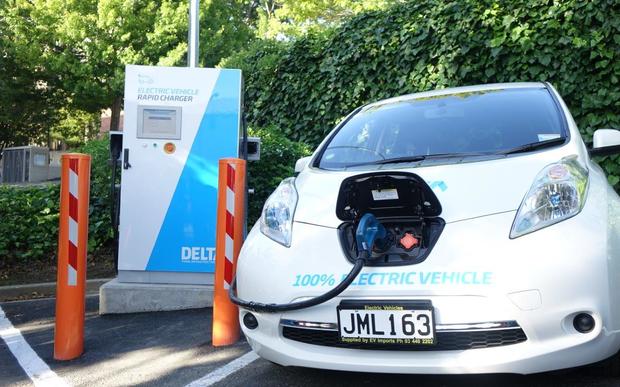