A move by the government to boost staffing in the under-pressure Overseas Investment Office (OIO) is being labelled as too little too late. 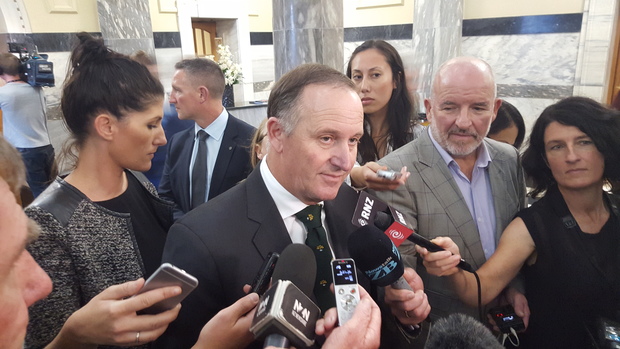 The OIO has been in the spotlight since was revealed that two Argentine brothers were cleared to buy the Onetai Station in Taranaki, despite having a criminal conviction for a toxic chemical leak.

Mr Key said the enforcement team would be able to go back and look at older approvals.

"And that's always the case, and it's the same thing with these Argentinian brothers, you know, ultimately if they are found to have either not had the appropriate information on their form, or whatever it might be, the Overseas Investment Office has the powers to be able to force them to sell their assets."

Mr Key said the move was not an admission that the OIO had not been doing its job properly.

"I just find it remarkable that the government's only done this essentially because the Panama Papers have emerged and then the Labour Party has followed it up.

"It's a ridiculous situation for New Zealanders, who believe that our sensitive land should only be sold in the most extreme of circumstances, to discover that the OIO has barely even been investigating some of these applications."

"It's a disgrace - this is 2016 and we've had a rubber stamp operation going back almost two decades.

"When I became the minister in charge of its predecessor, the Overseas Investment Commission, for the seven years before that not one deal had been turned down.

"I become minister, I start turning deals down - downtown the business community is saying that guy's anti-business.

"This is a sham and a fraud against the interests of New Zealand people."

The OIO has apologised to the government for failing to carry out a robust inquiry into the Argentinian brothers who purchased the Onetai Station.

The office is now reviewing that approval, and also its good character test.

Land Information Minister Louise Upston said she would wait to see the outcome of the current reviews, and any recommendations for change would be put in place.